To coincide with World Mental Health Day on Wednesday 10 October, some of Hull’s secondary schools will launch Talking Tables, a Public Health initiative to encourage people to strike up a conversation.

Public Health launched Talking Tables on Monday 10 September to mark World Suicide Day. Now, as part of HeadStart Hull’s young people’s peer mentoring project run by Cornerhouse Yorkshire, pupils within the city’s schools are being encouraged to talk to combat isolation in schools across lunchtimes and other times. 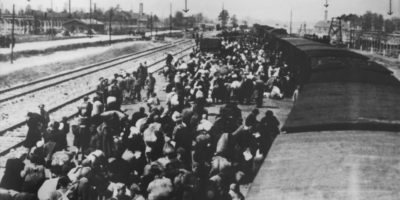 Residents and community groups are invited to attend the annual Hull Holocaust Memorial Day to honour and remember victims of the Holocaust.

The national Holocaust Memorial Day will be marked with a special ceremony taking place at the Guildhall on Thursday 25 January at 7pm. 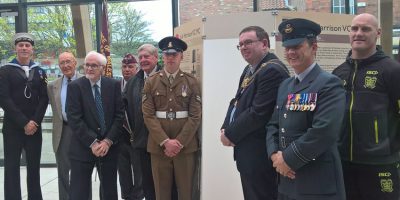 Hull City Council, in partnership with a number of key stakeholders including local rugby league club Hull FC and the armed forces, will commemorate the life, career and bravery of one of the city’s greatest heroes, a century on from Harrison being posthumously awarded the Victoria Cross in 1917.

The former rugby star, Sutton resident and Lime Street School teacher was killed in action during World War One in May 1917 at Oppy Wood, France.

Mill Lane United Yellows extended their lead in the Girls u16 League with a convincing victory against Malet Lambert.

Gemma Thomas from the East Riding County FA says it hugely exciting times for Women’s football in the area.

On a perfect morning for football Mill Lane United Yellows and Malet Lambert U16 girls provided a feast of entertaining football featuring sides in the East Riding Girls Football League.

Four goals from the U16 Girls leading scorer Marie Russell helped Mill Lane United Yellows to a comfortable victory against a spirited Pinfleet side that never stopped competing for the full 80 minutes.

Malet Lambert were visitors to Mill Lane United’s Andrew Marvell home ground for a league cup clash that promised to be a close encounter if previous meetings between these two teams were anything to go by.

Molescroft Rangers have slipped down to second place in the East Riding County League after they were beaten at the Beverley Leisure Centre.

Beverley Whitestar Eagles missed the chance to go level on points with Hornsea Sporting after they were beaten at the Beverley Leisure Centre.

Malet Lambert and Mill Lane United, who were separated by a single league point going into their East Riding girls Football League encounter

Mill Lane Untied Yellows completed an unbeaten season and a glorious treble of League, Lassa Cup and League Cup with a convincing victory against a Malet Lambert side that battled and competed against their high flying opponents for much of this pulsating u14 League Cup Final.

On a day when only two matches were played, both on all-weather pitches, both sets of players could have been excused if they had not committed fully to the match in cold and difficult circumstances.