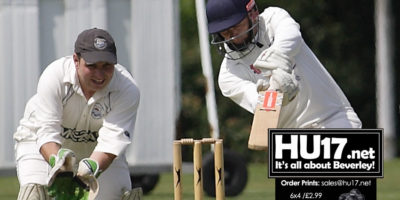 It was a day of surprises at the head of the Hunters York & District Senior League Premier Division where none of the teams which began the day in the top three places managed to win.

In contrast at the foot of the table it was an all too familiar story as a fourth straight defeat at the hands of Beverley Town Cricket Club  saw Goole Town relegated and Bolton Percy look almost certain to join them.

Beverley Town Cricket Club travelled to Driffield looking to a great step to confirming their status in the Premier Division needing 45 points from 90 available in the final three games.

Beverley Town Cricket Club remain rock bottomf o the Hunters York & District Senior Cricket League Premier Division after they suffered their sixth defeat of what is a turning into a troubled season.

Cricket returned this week as the league campaign got underway at Norwood Recreation Ground for Beverley Cricket Club 1 XI this weekend with Easingwold providing the opposition.

The opening day of the Hunters York and District Premier League season saw several of the favourites for a top six finish, and with it promotion into the Yorkshire Premier League North

Jonathan Fisher is calling for his side to put last weekend’s result away to Woodhouse Grange behind them and focus on the last three games.

Beverley Town Cricket Club 2nd XI kept their hopes of survival in York Senior League Division One alive with an excellent win against Goole Town at the Norwood Recreation Ground.

Beverley Town Cricket Club 2nd XI had a comfortable win at the Norwood Recreation Ground over bottom of the table Harrogate II.

After Acklam lost yet another toss and Beverley were inserted on what can only be described as the world’s worst cricket pitch ever. Peter Groves got off to a mini flier as Goole’s bowling attack stuttered.

Beverley Town CC 1st XI lost at home in the league for the first time this season when they were beaten by Sessay. The 4th XI made it a poor day at Norwood when Cottingham ran out easy winners but the 2nd and 3rd teams fared much better on their travels with convincing wins at Pocklington and South Holderness respectively. York Senior League Premier Division Beverley 1st XI lost to…

Beverley Town CC 1st XI subsided to a seven wicket defeat to Sessay on a benign pitch at a lightning fast Norwood Recreation Ground. This was despite an admirable case of commitment and skill from middle-order batsman Faisal Abid. He had only snatched a few hours sleep in 36 as he worked a double shift at Hull Royal Infirmary. But the gastroenterologist hit a gutsy 54 and with Tony Spence…

All of the Beverley Town CC teams produced good performances over the weekend to register two league wins, two winning draws and an excellent cup win. A youthful 4th XI led the way on Saturday, followed by the 3rds who continued their good form with a third league win and the two senior sides both scored well over 200 runs and claimed comfortable winning draws. The icing on the cake…

Beverley Town Reserves were held at home by Viking Raiders. On target for Beverley were Phill ‘Jewish’ Gardner and Jon Vodden who score from the spot. Assistant manager Phil Mosses said; “We are please with the result though we had plenty of chances and had we been more clinical in front of goal things would have been different.” The result leaves Beverley in mid table with 14 points some 12…

Beverley Town 1st XI did their fight against relegation from the York Premier League no harm at all when they completed the double over Hull side Fenner at Norwood Park. Alex Morrell gave his side the perfect start when he took a wicket with the first ball of the game. It took a third wicket stand of 106, which starred the impressive Dom Rhodes (77), to put the visitors back…