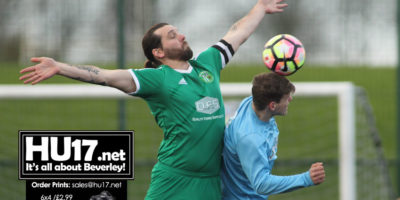 Beverley Town Football Club boss Rich Jagger says he is ‘happy’ after his side beat Walkington in their first local derby of the season at Longcroft.

Jagger’s side enjoyed their  their first win beating rivals Walkington 3-1 earning of their  first three points of the season. 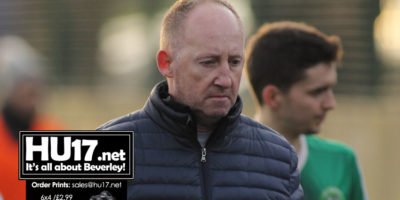 Walkington AFC ended their first season in the Humber Premier League with a home defeat, though manager Richard Twigger says his players should be proud.

His comments come as his side lost their final game against Westella & Willerby 2-1 at Broadgates securing them sixth place in the Humber Premier League with 40 points. 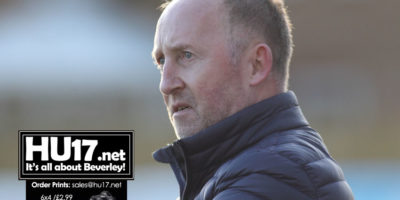 Richard Twigger says his side can beat anyone on their day adding that Walkington AFC will learn a lot about themselves this weekend as they face league leaders Chalk Lane.

Walkington moved above local rivals Beverley Town FC in the Humber Premier League last week after they claimed a good win away at Hornsea Town. 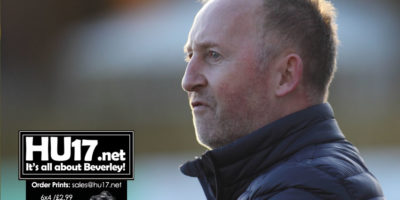 AFC Walkington boss Richard Twigger says he was really disappointed in his sides performance after they slumped to a 6-2 home defeat against South Cave United.

His side, who have not kicked a ball in six weeks found themselves on the wrong end of a drumming from United who arrived at Broadgates with just two wins all season.

Terry Jackson was left feeling quite chuffed with himself after he watched the Lord Nelson beat Walkington 2-1 at Longcroft School.

Two goals from Man of the Match Josh Palin and a goal each for Oli Burns and Brad Palin ensured Walkington got their season off to a winning start as they beat Wawne United Reserves 4 – 1.

Hull City Legend Dean Windass this week put pen to paper and singed for the Barrel Walkington. Windass started his footballing career as a trainee at his hometown club, Hull City, where he scored 64 goals in 205 games for the club.

The Lord Nelson claimed the honours this weekend as they beat the Barrel Walkington 3 – 1 in the East Riding County League at Bishop Burton College.

The Barrel Walkington dealt St Georges hope of a title a real blow as they beat the East Riding County League leaders at Longcroft School.

In freezing conditions at Longcroft School, the Barrel Walkington were well beaten in the East Riding County League by Bridlington Town Academy.

Barrel Walkington came into this 2 round H E Dean cup game full of confidence, and straight from the whistle they pressed the home side with good quick passing that left Brandesburton camped in their own half for long periods . It wasn’t till mid way through the first half that Barrel Walkington mad all that pressure pay off, when a cross from the left was headed home by the…

Beverley Town Beavers were beaten at home by the Barrel Walkington. Oli Burns was the run away match man of the match as he scored all four goals for the Barrel Walkington. The win keeps the Barrels championship hopes alive as they continue to occupy top spot in the East Riding County League Division 1. Reckitts Reserves who pose the biggest threat to Walkington also won as they thrashed bottom…

Barrel Walkington skipper Mike Stansfield watched his side go down 2 – 1 at Longcroft School. The Barrel were guilty of giving this match away as Phil Clark was sent off for handling the ball twice, giving away two penalties too! Oli Burns did manage to find the back of the net though goal was little more then a consolation. The Barrel remain top of the table though this defeat…

The Barrel Walkington bounced back from their shock defeat to beat title rivals Sculcoates Amateurs 1 – 0 at Longcroft School. Oli Burns got the all important goal from the penalty spot after an incident that saw Sculcoates reduced to ten men following an alleged head butt. The win keeps the Barrel top of the East Riding County League Division One with 35 points, next week they play at home…

Leven Members Club caused an upset this Saturday as they beat table toppers Barrel Walkington 3 – 2 in the East Riding County League. Leven who beat fellow strugglers Mill Lane United last week have now moved off the bottom of the table thanks to the back to back wins. Next week Leven play St Georges while the Barrel Walkington will have a tricky home fixture against Sculcoates Amateurs Reserves….