A man has been arrested following a collision on Grovehill Road in Beverley at 2.45 pm on Thursday 21 November.

A black BMW collided with a parked car causing one to come to rest on top of a Vauxhall Corsa.  No one has reported any injuries and the driver of the BMW fled the scene.

Officers were quickly in the area and tracked down a man near Beckside thought to be involved.

He has been arrested on suspicion of a number of driving offences, including driving while under the influence of drink or drugs and for money laundering offences.

Emergency services remain on the scene until all vehicles can be safely recovered.  Drivers are advised to avoid the area as there will likely to be travel disruption.

Anyone with information that would assist with our investigation please call us on our non-emergency number 101 quoting log 303 21/11/19. 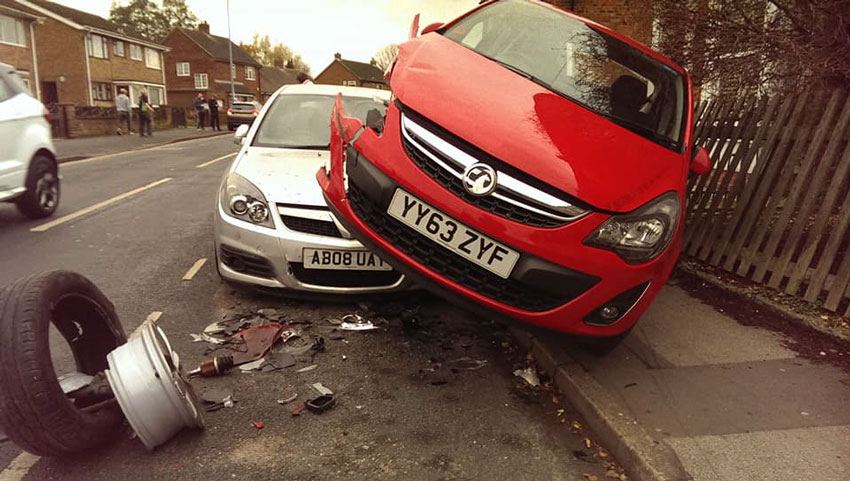