Fires are raging in the 222,400-acre Cantão State park, one of the few strongholds where the Giant Otter, whose numbers in the wild plunged to around 5,000 and is now on the endangered list, are residing.

The Foundation, a leading force in global animal conservation, made a near £10,000 grant for a project to monitor and protect the animals and their eco-system.

The scheme includes carrying out local field surveys in the 90,000-hectare Cantão State Park, to preserve the Giant Otter, which has been threatened by deforestation, commercial fisheries, and increased industrialisation across the Amazon Basin.

Staff at ‘Instituto’, an Araguaia charity which runs the project, said the fire was burning inside its reserve, which was luckily brought under control by staff there. Extra staff and firefighters have been brought in to help.

“We are exhausted but we are holding the line,” said Dr Silvana Campello, the charity’s president.

“We have had to use the research canoe with an electric motor to go back and forth between the fires and the base. It is a surreal experience to leave the hectic scene of the firefighting, or the equally hectic base where we organise logistics and send out appeals for help, and in between being immersed in the deep peace of Cantão,” Dr Campello went on to say.

“Only when we look behind us and see the twin columns of smoke rising from either side of the river, do we come back to the sad world we humans are creating.”

“It is so distressing to hear about the damage being done to the Amazonian rain forest by the fires and the threat to the Giant Otter project, which is very close to our hearts,” said Cheryl Williams, Foundation trustee.

“The Instituto staff are tireless in their conservation efforts and are now involved in around the clock work to hold back the fires and preserve nature. We are with them in spirit as they tackle this immediate danger.”

More than 80,000 fires have raged through Brazil in 2019, which have been blamed heavily on deforestation and the countries ‘slash and burn’ projects, designed to create more farmland. The government has brought in a 60-day ban on setting any fires, to help clear the land, however, thousands are still burning, according to experts. 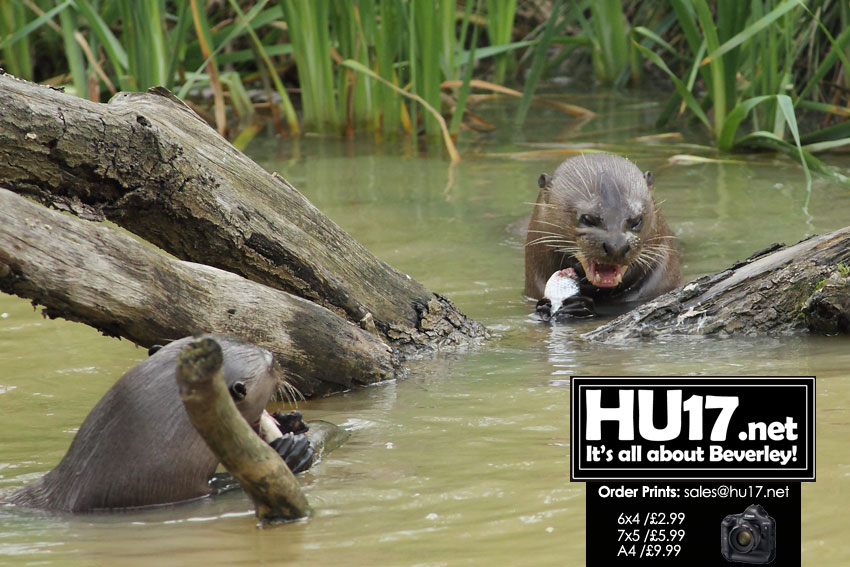 The Yorkshire Wildlife Foundation first made a grant to support the Instituto Araguaia project for Giant Otters in the Cantão in 2017. As well as creating jobs for locals, the project improved awareness of the Giant Otters and the need for conservation.

A new proposal for continuation of the work was granted in 2019, for the first-ever full survey of the 90,000 acres of the Cantão Parkto – producing the full assessment of the population and conservation status of giant otters in the park.

Results of the monitoring programme will be incorporated into the park’s planning process and also used to create educational materials and presentations.

In this way, support from YWPF will enable the Instituto Araguaia to transform the current threat to the giant otters of Cantão, into an opportunity to strengthen the public support for the species, in one of its best remaining sanctuaries.