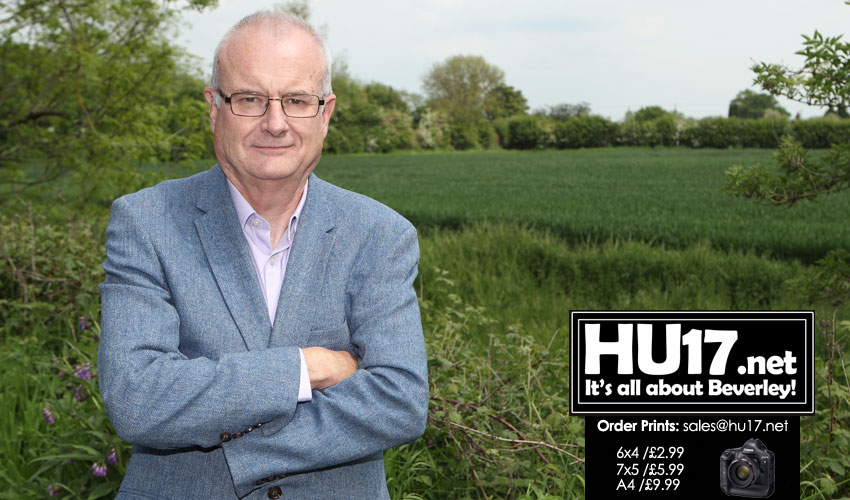 He also adds that while campaigning in the last election that the residents were concerned over the volume of homes springing up in the Market Town.

“Beverley is being swamped by ever-more houses, and residents are fed-up to the back-teeth. We don’t need another 1,800 houses.”

“The Conservative-run Council’s so-called Masterplan needs to be put on hold whilst we assess whether we really need another 1,800 houses around Beverley.”

“It appears that the Council is more interested in enabling thousands of more new houses around Beverley then dealing with the existing traffic congestion and pressure on local facilities.”

“At the recent election in Beverley, the one issue that concerned people more than anything else is over development.”

“As a result residents are demanding that the Council are held to account over this.”

“The fact that the Council’s new Conservative cabinet seem content to inflict yet more houses on Beverley is something which causes us great concern.”

“We will fight this at every opportunity.”

Planners at the council have identified a number of areas surround Beverley. They show areas they feel will make ideal locations for new housing to cope with demand.

Fields close to Long Lane is set to take the brunt of the housing with the council also planning to fund infrastructure to cope with the increased traffic.

Within proposed changes on the ‘Masterplan’, there are access roads off Minster Way. A bridge will also be built across the railway linking two zones opening the doors for developers.

While there he discovered over £2M of public money is to be spent on the bridge. As a result of hearing this, he says that he was left ‘stunned’.

In reference to the proposed bridge, Cllr Nolan also said that he heard the newly elected leader of the council say ‘I’m impressed as this unlocks and delivers housing sites.’

“I am stunned that the Council is spending up-front over £2.5 million on a footbridge and footpath.”

“The developers would normally provide the infrastructure on major housing schemes. Why is the Council as a public body, spending money up-front to help private developers?”

“The whole matter was signed off in 5 minutes with only one question asked.”

“Nobody asked what was the financial risk to Council tax-payers if the scheme stalls or over-runs on costs.  I think residents will feel the Conservative cabinet are asleep on the job and letting them down.”

“We are not convinced about the need for the housing but if it goes ahead, then the footbridge, footpath and roundabout infrastructure is needed.”

“We don’t question the need for the infrastructure. It should be the Developers paying for it, not Council Tax-payers.”

Within the report produced by the Council, they say money spent on infrastructure will be clawed back from developers in the future. They also add that as houses are built a new primary school will need to be built.

However, the LibDem opposition is concerned that risks are too high. They are fearful that the authority could end up out of pocket if the developers fail to stump up the cash outlaid by the council.