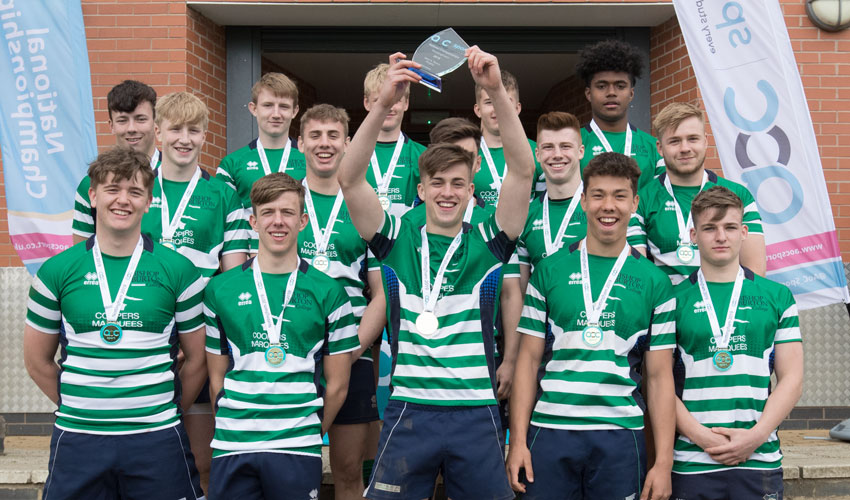 The first national rugby sevens title win in Bishop Burton College in their history will provide a platform for students to go onto even greater success.

That’s the view of further education rugby coach Tomasi Tanumi, who saw his side win the Association of Colleges (AoC) Rugby Sevens Championship for the first time after an intense schedule of nine games in just three days.

The team had made it through to the finals of the competition after successfully negotiating the regional heats and came out on top after winning eight of their last nine games.

“It was tough for the boys to play so many games in such a short space of team but we had prepared well and I knew they were mentally tough,” said Tomasi.

“It was down to how we prepared for this. The majority of the sevens boys were training with our higher education team, who at their stage have a slightly better understanding of the game. They were able to share information and knowledge, which was really good.”

It was the first time in the college’s history that it has won the sevens championship and Tomasi, himself a semi-professional player, believes it can be a springboard for bigger and better things for his players.

“I think the big thing for these players is the confidence that this championship win will give them,” he said: “They are now confident in the environment and their circle of peers, and they are proud to wear the Bishop Burton badge.

“I’m immensely proud of them. It shows that anything is possible if you put in the hard work and preparation because it wasn’t easy, it was tough.

“We knew the schedule was going to be tough. So we put them through that stress and they came out on top. As a group, they should be immensely proud of themselves as well.

“They now know that they are good players and they could go on and play at a higher level. With the stage they are at, nothing should hold them back.”