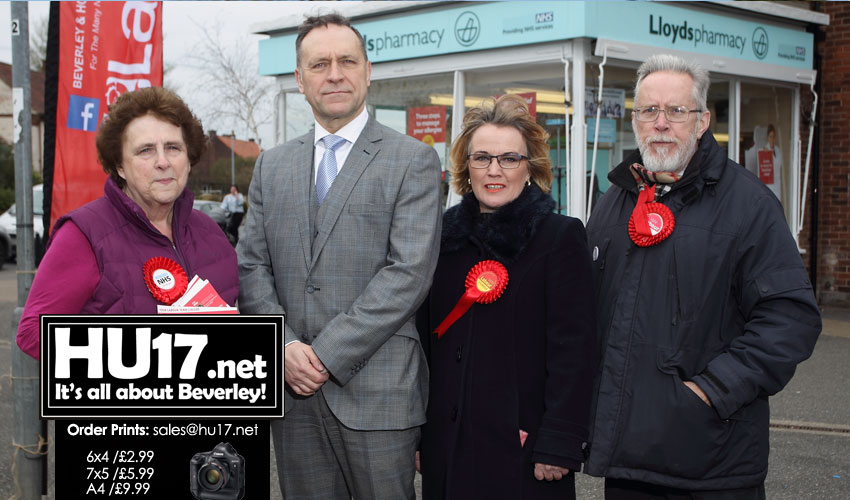 They say that response to them on the doorstep has been good with over 2,000 people committing their vote to them.

Police And Crime Commissioner Keith Hunter has even lent his support to the candidates in the run-up to the election.

“There is certainly a wake-up call coming for our political system and all political parties have got to take this call.”

“What we are hearing on the doorstep when we talk to our supporters bodes well. I think we have a good chance of winning all three seats.”

Mr McManus says the public is starting to see through opportunist politicians. These are politicians he says switch parties just to get elected.

“Members of the public are starting to see through people who swap parties or play the opportunist political game.  By this, I mean people who stand on certain ticket as they see it as a sure way to get elected.”

“This is the eighth time I have stood in the East Riding local elections. In the past, other parties have contacted me to stand for them but I am a member of the Labour Party.”

“In my ward, there are a couple of candidates who have swapped parties. I think they have done this as they see it as an easy way to get elected.”

Minster & Woodmansey returned three Conservative councillors in the last local election. One of them, Dominic Peacock was later kicked out of the party.

He was removed following remarks made about Labour MP Jo Cox who was assassinated in the street. Mrs Cox was stabbed 15 times and also shot three times while holding a  constituency surgery.

While Brexit will be a key influence at the local elections, Mr McManus also thinks the behaviour of some councillors will also help sway voters.

“We know we have the support to win the seats. People are telling us they can not vote for certain parties because of things that have happened. All we have to do make sure we turn those pledges into actual votes.”

“One thing I would like to do is stress that voters use all three of their votes on Thursday.”