John Ritchie, 53-year-old from Blackpool is lining to get his hands on the one copy of The Editors release on Record Store Day.

So important to him to get the album that he arrived to get his place as first in the queue at 1.30PM on Friday afternoon.

John says he has always been into records, however, he has flirted with both Compact Disks and also downloads.

“I am here early as Neil only has one copy of The Editors album. To make sure I got it I needed to be first in the line. There are only 500 being released in the whole world.”

“While some shops may have more than one copy others will have none.”

He was joined in the line by others during the course of the afternoon. As a group, they collaborate and sort out who is getting what. John explained, he said;

“We sort out between ourselves. By the time everyone gets here its all hunky-dory and we are all going to get what we want.”

“It is a little community, we have a gazebo to put up also we have a table and about ten litres of wine.”

Record Store Day important to John, a day he always looks forward to, he said;

“Vinyl is my vice, so this is my day. My other half said I couldn’t sleep as I was too excited. It is like Christmas Eve for me.”

“I have ten records on my list. We are allowed five each so I have brought my son with me which is my other five picks.” 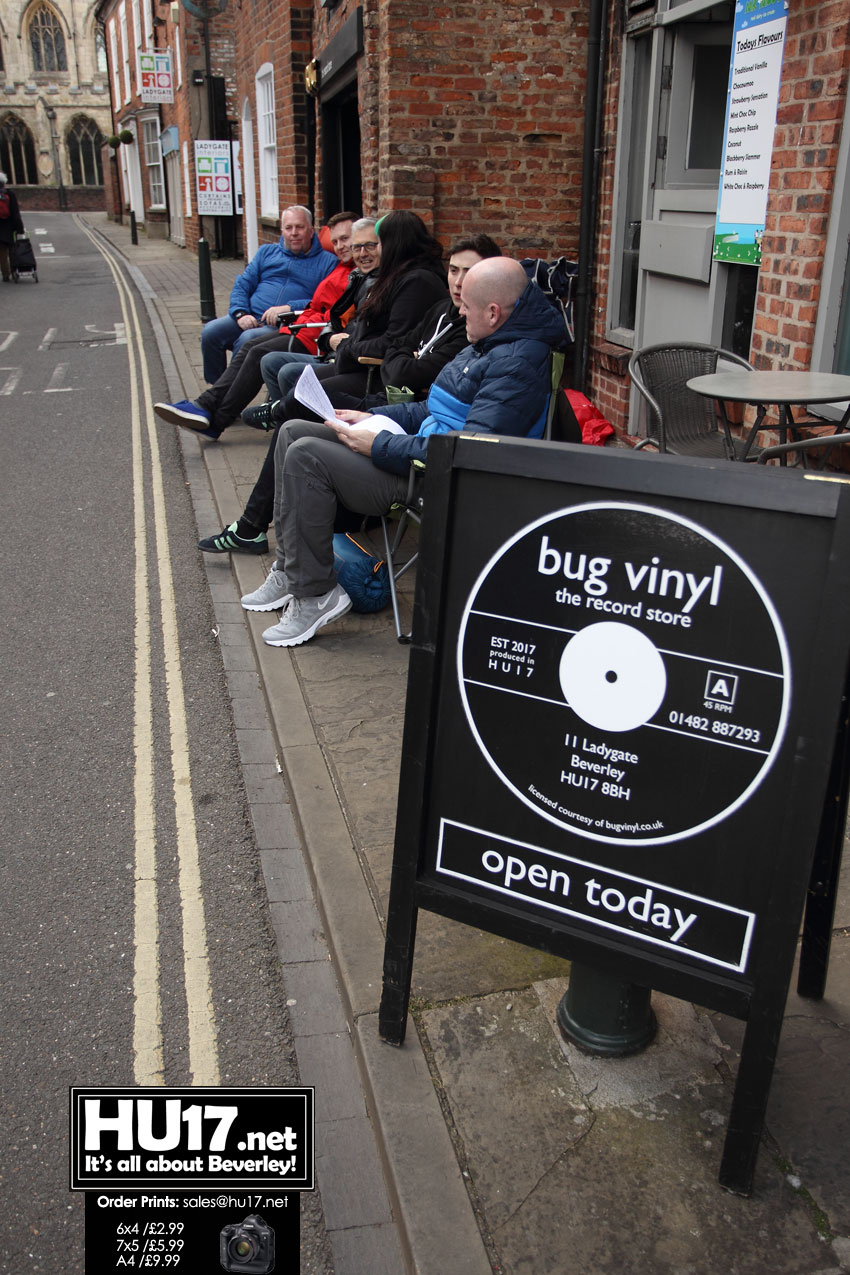 Bug Vinyl owner Neil Harris was pleased to see people outside so early on, he said;

“I am humbled that people want to queue outside my little shop for limited edition vinyl that we can only sell to them tomorrow.”

In a show of his appriciation, Neil is going to provide them with some refreshments. He is also going to give the first 60 a special free gift.

Neil also hopes that the people waiting will be able to take advantage of the local pubs and food outlets.

When asked why he can not just sell them their records now and save them a long night in the cold he said;

“I can not sell them their records early. Not even for my most loyal customer can I do that. Also, I can not reserve a record for anyone. The ethos of the day prevents it.”

“For them, I am chuffed to bits and relieved it is not going to rain. They have just a few more hours they need to hunker down before they get the records they are after.”