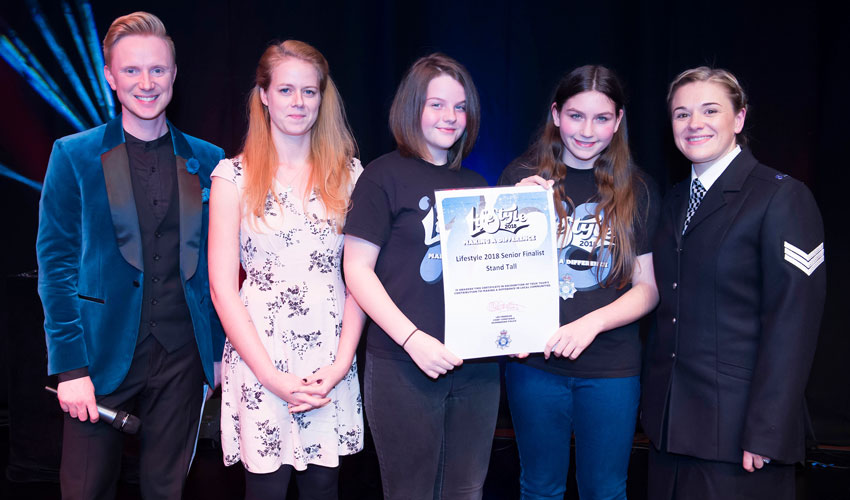 Team Stand Tall say they re over the moon after they were named as runners-up the in Lifestyle 2018.

Amelia Elvin and Jess Clark from Walkington spent their summer raising money for a defibrillator. They also trained 42 young people in the village how to use it.

Organised by Humberside Police, the Lifestyle scheme encourages youngsters to get involved with their community.

Thanks to their efforts, which attracted praise from MP Graham Stuart, the girls won a holiday and also a £50 voucher.

“Most of all we are excited about getting the defibrillator in place in at the playing field in Walkington in the next week or so.”

Team Stand Tall came second out of 500 teams that took part in Lifestyle 2018. They decided to buy defibrillator as they use Walkington Playing field and the nearest one was located at the Village Hall.

Chief Constable Lee Freeman also praised all the teams who took part in the competition. He said he those who took part did an amazing job.

In all 2,000 young people took park in Lifestyle 2018 investing over 14,000 hours into their respective communities.

“The award ceremony is the culmination of months of fantastic projects. It resonates the passion and commitment that so many young people have contributed to positively shaping and changing the communities we live in.”

“Amelia and Jess should be proud of not only raising funds for a defibrillator in their village that may save lives but also to train 42 young people as well in how to use the equipment is exceptional. That is why they deserved to be runners-up in a field of over 500 teams. Walkington I am sure are as proud of their achievement as we are.”

Emma Winter a judge for the Lifestyle said she was really impressed. She also added that quality of entries were all inspirational, she said;

“Lifestyle teaches young people not only benefits their local communities but will help them achieve their personal and professional goals in the future.”