Beverley Town Council has thanked everyone involved after winning Silver Gilt at the RHS Britain in Bloom Final.

Held in Belfast, this was the first appearance in the competition for the town. Furthermore, to get a Silver Gilt was quite an achievement. Also, this result is a testament to the efforts of countless volunteers.

Beverley Town Council tweeted news of their award. For months the Town has pulled together engaging the whole community with the sole goal of making Beverley better.

Judges visited Beverley in August. When in East Yorkshire the judges pointed out the how the community had got involved. They were also impressed with the number of hanging baskets.

Even more remarkable is that Beverley Town Council were able to pull this off with a budget of just £3000.

Beverley is just one of three locations from Yorkshire that featured on Britain in Bloom’s list of 76 cities, town’s and villages.

Chair of Bloom, Linda Freeman, herself says that the Britain in Bloom project has been a pleasure to work on.

First of all, she highlighted the numbers of volunteers, businesses and groups had got involved. She also highlighted how the project was challenging. While finally saying how residents have enjoyed the displays. 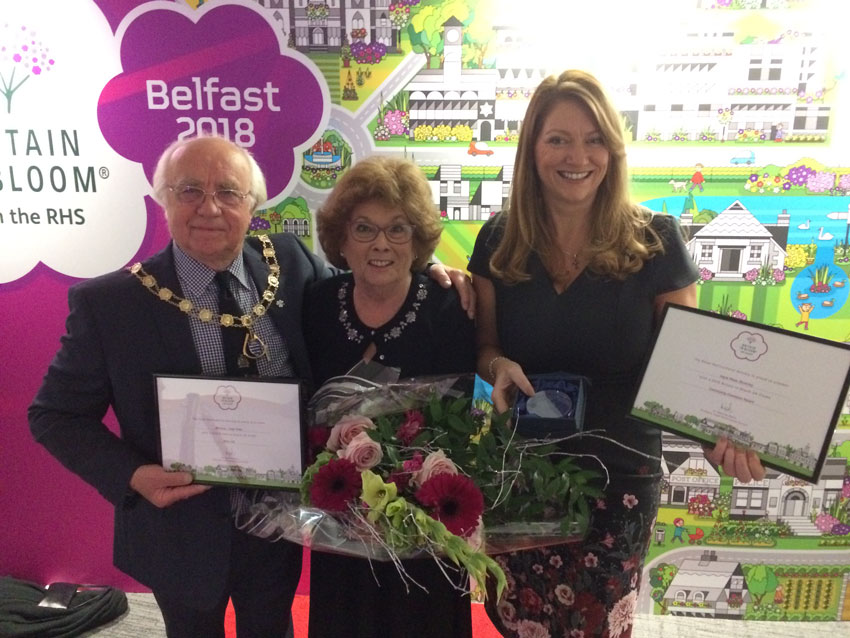 Silver Gilt For Beverley But Legacy Of Britain In Bloom Remains

While Britain in Bloom may now be over, it has certainly made an impact on the town. Due to taking part in this ongoing projects to keep Beverley looking good are continuing.

Beverley’s Mayor, Cllr Bryan Pearson been rather hands-on throughout, not afraid to pull his sleeves up and get his hand dirty.

Cllr Person has consequently rolled out a project to keep Beverley Litter Free. While shopkeepers in the town following his lead have smartened up their corners of the town.

However, Friday night in Belfast is one to celebrate for getting the Silver Gilt. All this because of the effort people have put in for the good of the town.