Later in the day Founds/Christie and Westmoreland were out on track again in the first of their weekend’s two races both held over ten laps.

First out was Founds/Christie where they maintained their start position as racing got underway. Lap two saw them lose two places as an issue blighted their chances of moving up the field. They retired at the end of lap four. 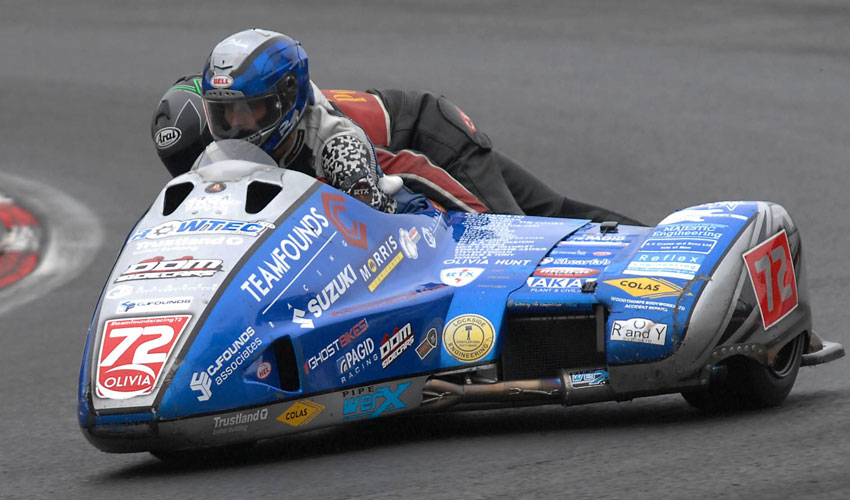 Westmoreland made his normal start and slipped back to fifth by the end of lap one. He was on a mission though chasing those ahead down and by lap three was back into fourth place. ‘Westy’ pushed hard to gain more places but crossed the line at the end of the race four seconds behind the winner and two seconds off the third spot.

Sunday arrived and with it dark skies and heavy rain later in the day. First up was Founds/Christie for the second eight-lap sidecar race of the weekend. Starting from the back row of the grid in twenty-eighth place they had a good start having moved up into twenty-third place, by the end of lap one. With some good passing, the pairing had moved up into sixteenth place by lap seven and remained here until the chequered flag.

Rushby was out next and the skies had opened with heavy drizzle before easing off making the track wet and tricky. No fewer than fourteen riders retired or crashed out during the fourteen lap race. 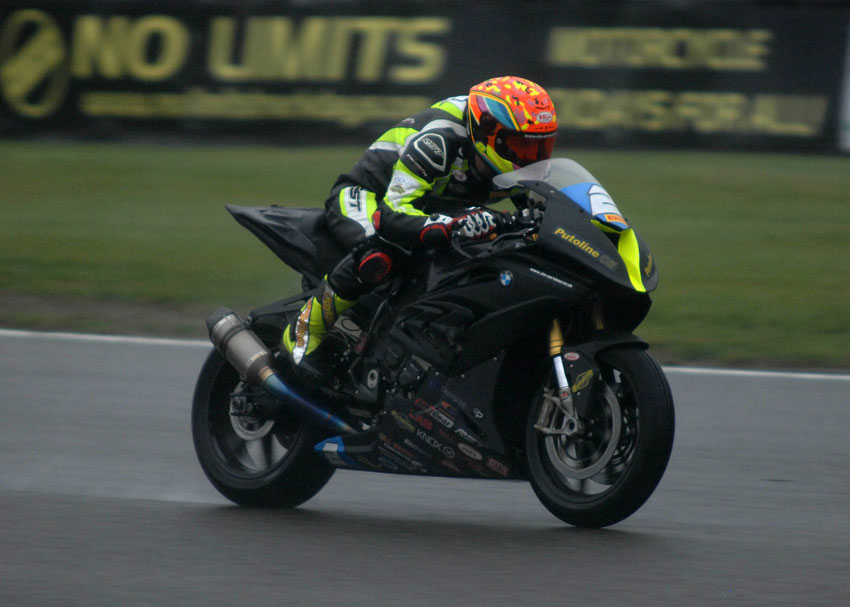 By the end of lap one, he had moved up into thirty-first and pushing as hard as he dared in the inclement conditions. The next thirteen laps saw him rise up the order steadily as he did some good overtaking along with a few places made up at the expense of others. By the chequered flag, Rushby had risen up the order to claim the twenty-third place.

Westmoreland was out next for the Supersport feature race over eighteen laps. Starting from fifth with the rain falling ‘Westy’ got a good start and was running third by the end of lap one. Lap two saw him drop back to fourth where he remained until lap six when he regained third place.

Kennedy was now closer than ever and made a move on lap fourteen to take the lead but Westmoreland was having none of it and re-took the lead on the following lap.

‘Westy’ remained first until the chequered flag and a well-deserved win. He finishes the 2018 season third in the championship standings.