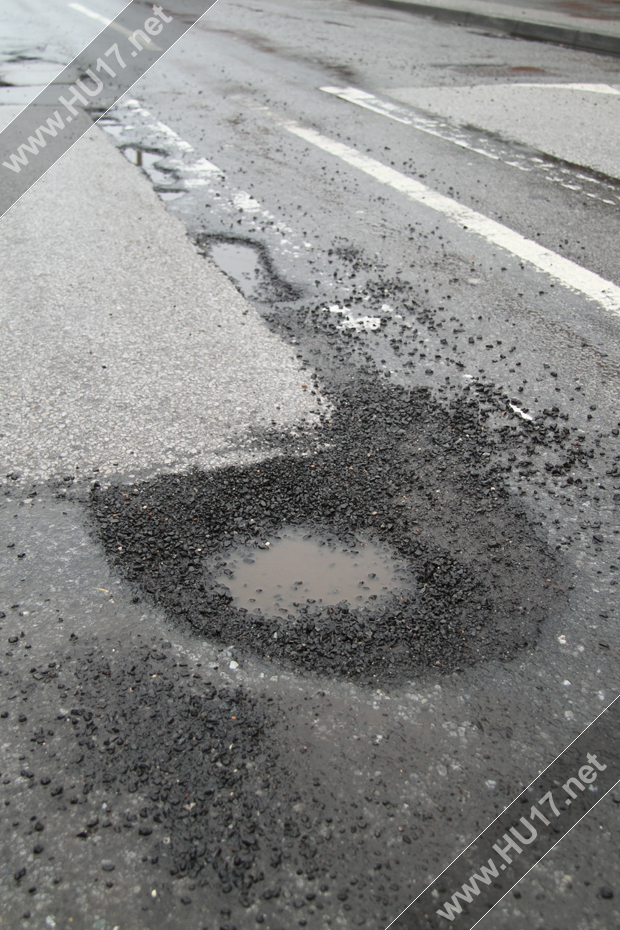 Potholes are a major problem on the UK’s roads. While some individuals have come up with creative ideas about how to solve the problem, many other potholes remain unrepaired, and grow, causing untold damage to cars and possibly even causing accidents.

They are formed over time, when water seeps into cracks in the road and weaken the layers underneath the bitumen surface, freezing and thawing, which in turn makes the layers above crumble and collapse. As more and more cars drive over these weak spots, the holes become bigger and deeper.

As the weather continues to be miserable, the existing potholes become more problematic, as well as smaller holes becoming larger problems unless fixed. Potholes have existed around Beverley, specifically around the Flemingate centre roundabout in April 2016, but the state of roads in general has reduced, with limited local budget able to repair the holes that pop up.  Sites such as fixmystreet help people to show where any issues are that need to be resolved, which currently show a large amount of issues in Cottingham, and Hull.

Potholes can cause some serious damage to your car. The tyre or tyres that hit the offending hole are instantly subject to blunt force, which can damage rubber and break internal spines, or even cause a blowout. The wheel itself can also be deformed if the impact is strong enough, especially if this happens more than once. The double whammy is when both wheels hit the same hole, causing double the amount of damage.

The car’s suspension will also suffer. Shock absorbers are designed to take a certain amount of abuse, but if a car is repeatedly driven over potholes then over time the springs and absorbing pads can wear down faster than they should. Your tracking can also suffer, with uneven wear and tear across both wheels and suspension contributing to wheels pointing in different directions, which will cause further damage to the car over time.

Even if you manage to avoid the worst potholes, the car in front of you may not. The layers of hard core underneath the road surface are often thrown up by spinning wheels, causing damage to paintwork and even more seriously, to the windscreen. While windscreens are designed to withstand stones in most cases, even the smallest chip grows, and the problems exacerbate.

It is extremely important to get chips repaired as soon as they happen to prevent a complete windscreen replacement at a later stage. As the problem can grow quite quickly, it’s important to resolve the issue as soon as possible, and ensuring that you’re covered specifically can ensure that a lack of cash flow doesn’t hurt your pocket in the longer run.

If your windscreen is already damaged, then head straight to see a mechanic or windscreen repair company as there is often a cheap and easy fix that can be done without having to remove the windscreen at all.

The reality is that potholes aren’t going to go away. You should always concentrate on the road when driving, but if you are fully focussed on the road ahead you should be able to see the biggest potholes and take measures to drive around them safely. If you live on a private road or have a longer driveway, then potholes can be easily fixed with pour-in-and-set solutions that can be bought at most hardware retailers. Adhering to speed limits and taking extra care when driving will also prevent additional damage, even if you can’t avoid the pothole.