Gavin McDonnell can create British boxing history when he takes on Rey Vargas for the vacant WBC World Super-Bantamweight title at the Hull Ice Arena on February 25, live on Sky Sports.

Victory for McDonnell in his first World title fight would see him join twin brother and WBA Bantamweight champion Jamie as World champions – making them the first British twins to achieve such a remarkable feat.

The unbeaten Doncaster man has enjoyed a fine run of wins to become the number two rated fighter with the WBC after beating former World title challenger Vusi Malinga in October 2014, picking up the vacant European title against Alexander Egorov in March 2015 and defending it against Jeremy Parodi in October, then landing the WBC Silver strap in February against Jorge Sanchez.

McDonnell faces a tough task to etch the McDonnell name into the history books with Vargas bringing a formidable record to Yorkshire. The 26 year old ranked at number one with the WBC has 28 wins to his name with 22 of them inside the distance – but McDonnell believes he has what it takes to land the belt left vacant following the retirement of Hozumi Hasegawa.

“I have to pinch myself that it’s finally here,” said McDonnell. “All the hard work I’ve put in over the years, it feels like it’s meant to be this moment.

“We were in the same boat me and my brother, fighting an unbeaten Mexican banger. Having home advantage is key and I’ve wanted that.

“I like being written off, I love proving people wrong and this will be no different. I really want to make a name for myself, I’ve always felt like I’ve been in my brother’s shadow but I’m 18 fights unbeaten and I’m on the verge of a World title fight.

“Vargas’ record says that he’s big puncher but we won’t know how good he is until we get in there. How much does he want it? Not more than me. He will have to knock me out cold to win it as he can’t beat me.” 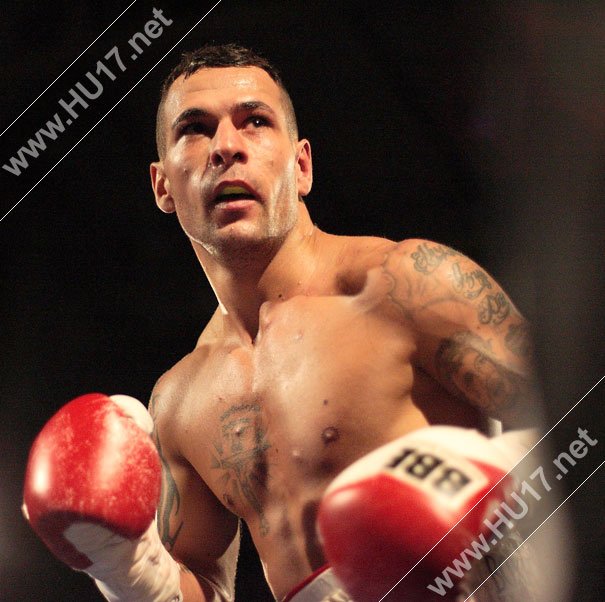 Hull’s Samir Mouneimne is back on the British Featherweight title trail following his slender loss in February, Doncaster Heavyweight Dave Allen kicks off 2017 having taken on Luis Ortiz in his last outing and Scunthorpe’s unbeaten Light-Heavyweight prospect Dec Spelman looks to add to his 10-0 record.

“This is a huge opportunity for Gavin McDonnell to win the first World title of 2017 and also create some special history for British boxing. Vargas is an excellent fighter but I believe we can create an electric atmosphere in the Hull Arena that can raise his levels to win this.

“It’s great to see Luke Campbell back fighting in Hull again. We plan to bring his World title fight there in the summer and he faces a tough test in Lopez, who is stablemates with Vargas and many other top Mexican fighters. You can, as always, expect an absolute war between Tommy Coyle and Manchester’s Kofi Yates and you can also expect an array of Matchroom talent on a packed card in Hull.”