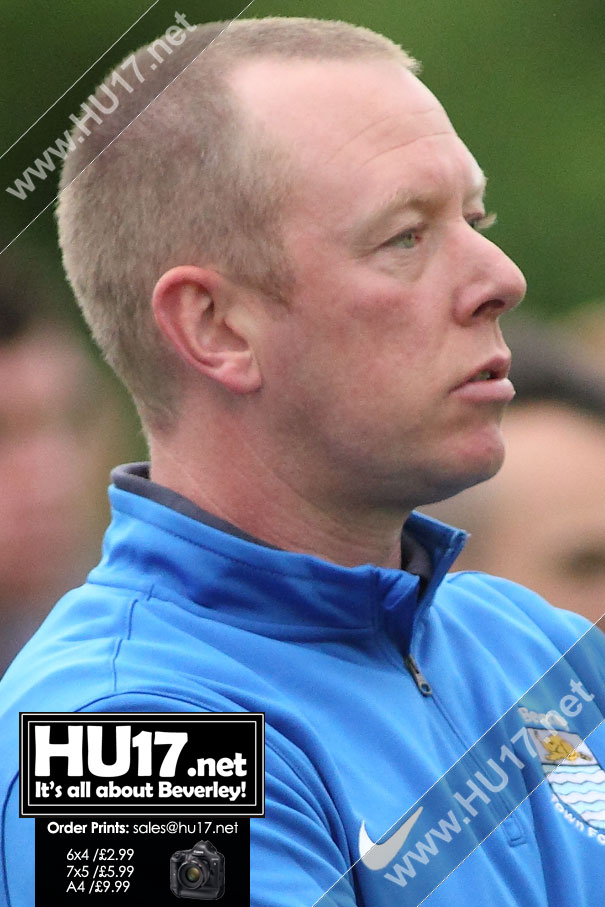 Beverley Town FC manager Rich Jagger says he is delighted to progress to the quarter finals of the cup after he watched his side knock Hessle Rangers out 4-3 in a penalty shoot out.

Speaking after his side progressed in the Whiteheads Fish and Chips Cup Jagger said;

“We played some great stuff again today I am delighted to go through. We’ve been putting in some great performances but not getting the result, so it was hard to take when we conceded in the last minute of extra time.”

“However the lads picked themselves up and showed great character to win on penalties. Jordan Organ was outstanding in midfield, I thought the back four were very good, and young Aldo came on and made a massive contribution.”

Town went into the game with five key players missing, but given the depth of the squad by no means fielded a weakened team.

Falling behind inside the first few minutes of the match Town dug deep and got level, after some silky footwork by Joe Norton drew the foul inside the box. The inform Matty Littlefield needed two bites of the cherry to convert tapping in after the keeper saved his first effort.

Against the run of play Hessle went ahead again, another penalty this time calmly converted by the Hessle striker. Town got back on terms through Mathew Dixon who fired into the back of the net following a well worked set piece.

Aldo Hysenaj made an impression after being brought on in Extra time. Some great work from the Albanian that created Towns third goal from the skipper Nathan White. However there was to be one final twist as Rangers with just seconds remaining scored taking the game to penalties.

Mike Dixon had the final say from the spot as he stepped up to calmly convert the winning penalty sending Beverley through to the next round.