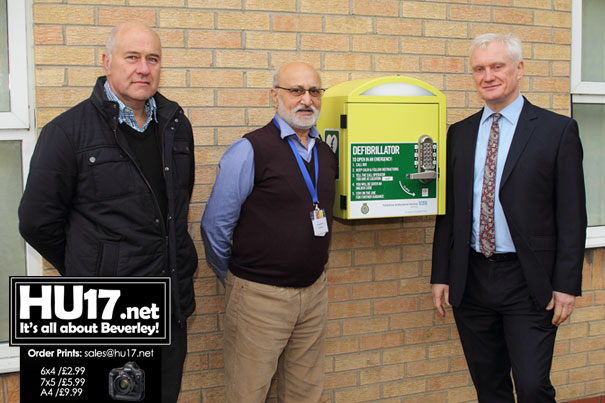 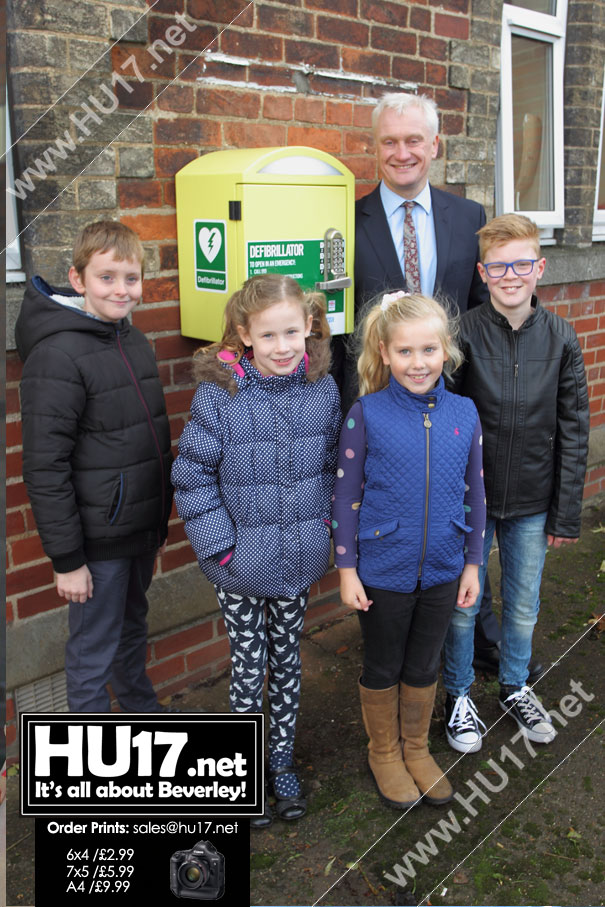 “I hope this will help alert people to the fact this life-saving equipment can be found at Minstergate Surgery and Woodmansey Primary School.”

“When someone has a heart attack, every minute that passes between collapse and defibrillation sees their survival chance fall by 7% to 10%, so having a defibrillator to hand can make all the difference whilst an ambulance is on its way.”

The visit comes as East Riding of Yorkshire Council prepares to vote next week on a motion laid down by Councillor Jonathan Owen, Deputy Leader of the Council and the Chairman of the Council’s Health and Wellbeing Board, to formally endorse Graham’s “How To” Guide explaining how local communities can obtain their own defibrillators.

Mr. Stuart welcomed the support being shown by the council, he said;

“I’m delighted Councillor Owen is tabling his motion at ERYC to endorse my ‘How To’ Guide showing how people can set about getting defibrillators for their own neighbourhoods.

Councillor Owen’s motion, which will be considered at full Council on Wednesday 23 November, would see ERYC encourage parish councils and other community groups to seek to obtain defibrillators.

The motion also encourages parish councils to promote awareness of where defibrillators can be found and express its appreciation for the vital work of Beverley-based charity N.U.R.S.E. and other groups involved in helping to fund defibrillator provision and training in the East Riding.

Figures recently published by the New England Journal of Medicine found that the big increase in public defibrillators is helping to save many more lives of people who suffer an out of hospital cardiac arrest.