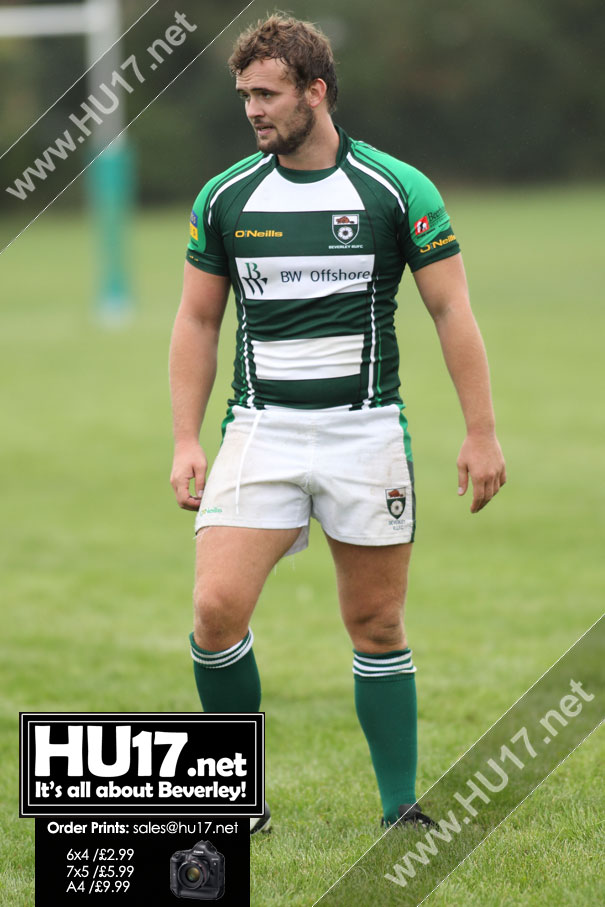 Showing several changes due to weddings and International fixtures at Twickenham, the Beavers started slowly and came under immediate pressure from the powerful looking York pack.

Beverley defended resolutely for 15 minutes but finally cracked and York went ahead with a converted try  (7-0). This was followed almost immediately by an exhilarating try from the York full back Newitt who ran through half of the Beverley team to touch down under the posts to leave an easy conversion for York no 10 Davies.(14-0).

Beverley started to move the ball around with a lot more confidence after these early setbacks and reduced the arrears with a Rob Smith penalty (14-3). As the first half drew to a close Davies restored York’s 14 point lead with another penalty. (17-3).

The second half started with Beverley appearing to be transformed and after 2 minutes Alex McPeake went over for a try which Rob Smith converted (17-10) and this was followed by a try from Jack Garvin,again converted by Smith (17-17).

Beverley were now on top and pressed up into the York 22. They were awarded a penalty in front of the posts and only just a metre outside the 22 which they astonishingly declined to kick for goal. Had they converted it, it would very probably have led to a different result. As it was York came back downfield and scored two converted tries to make the score 31 –17.

Then the wheels really came off for Beverley and Junior Tupai was sin binned for querying something with the referee (seemed rather harsh).

During his 10 minute penalty York scored three tries and converted two against a demoralised Beverley 14 men, although the Beavers rallied to score two more tries themselves through Luke Hazell and Jockey Holmes, the latter being converted by Smith to bring down the curtain at York 50 points to Beverley’s 29.

“We seem to go into ourselves on away trips, not sure if it’s the youth and inexperience or what, but we seem to not handle away trips very well so far this season. We didn’t switch on for the first 30 giving them a 17-3 lead.”

“Then when we decided to play, we got our structures right and put some real width into our game getting them chasing shadows. We got back to 17-17 and seemed to cool back off and allowed them to get a try and a yellow card in the same phase.”

“We switched off and they bust us from 4 kick offs in a row, leading to try’s! So we were the making of our own downfall, again, on the road.”