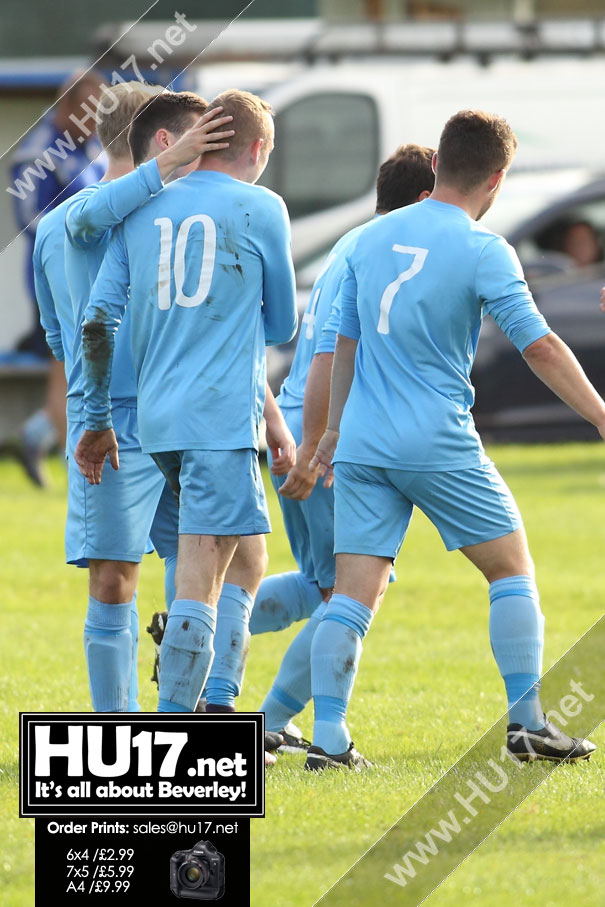 Goals for Town included a brace from Matty Littlefield, Stuart Oliver and from super sub Joe Norton as they got themselves a much needed win, goals and a clean sheet.

“Recently the lads have been putting some very good performances together and have just been short of the results.”

“Today we knew what we had to do and I think attitude played a massive part. Hopefully we can kick on from here because we have the players to cause any opposition problems.”

Over all the match was a scrappy affair as Beverley looked to find a way through the side who came into the game with the best defensive record in the league.

While North Ferriby Athletic may have be good at the back they never looked like scoring barely trouble the Town keeper Matthew Spencer.

Littlefield opened the scoring in the first half with acrobatic finish before adding another goal in second period.

Town added two more goals in the final five minutes to complete the white wash securing all three points with their fourth win of the season.

All three points see Town remain in tenth place in the Humber Premier on 15 points, some seven points behind the current leaders Pocklington Town.