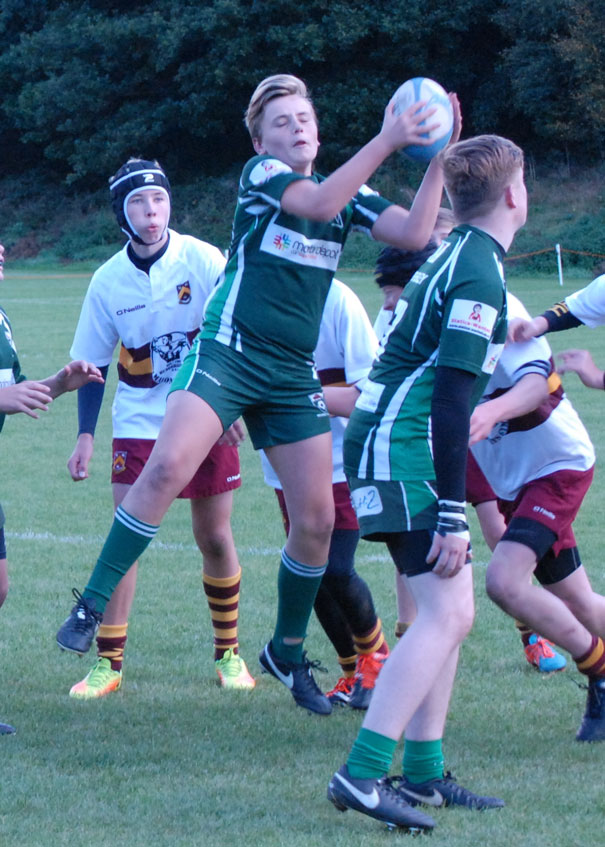 On Sunday the Beverley team travelled to Huddersfield in the preliminary round of the Yorkshire Cup.

As in previous meetings the home team opted for un-contested scrums which gave their backs a good platform for attacking ball, on this occasion though Beverley team were too strong for the Huddersfield team.

Strong running by Harrison Petrie and Nathan Cullen in the backs ensured that they always threatened with the ball, strong tackling also prevented the fast home teams backs from gaining ground.

In the forwards Alex Nuttall was again strong, as was the back row triplets of Ben Wilkinson, Ben Walker and Toby Ashworth. Beverley stuck to their game plan and this again proved to be successful.

Exerting pressure on the Huddersfield the break-through came when Tom Barnard intercepted to score the first try of the game, the first half was a tight affair but the Beverley team were able to control the play, forwards worked hard in the ruck with Alex Crockett, Cameron Lawley, Harry Hesleton constantly clearing opposition away and bursting runs from Oliver Lazenby and Ben Ashley ensured the dominant display continued.

In the backs on the fringes both Jasper Law and Dan Bryans held up strong putting in huge tackles and also Tom Haylock shone with good tackling and strong ball carrying, they were all well supported at full back by Harry Gunn.

A Further try came in the first half again from some excellent play from Barnard who scored and converted also.

After the break as expected the Huddersfield team were fired up, but couldn’t match the strength of this Beverley team, Cullen broke free and managed to score two tries, taking his seasons tally to 11 tries.

As the Beverley team took the foot off the pedal Huddersfield managed two consolation tries in the final few minutes until Beverley wrapped up victory when Petrie powered over with the final play of the game.

Another fine performance from Beverley who now take on Leoensians in the main draw next week at Home.