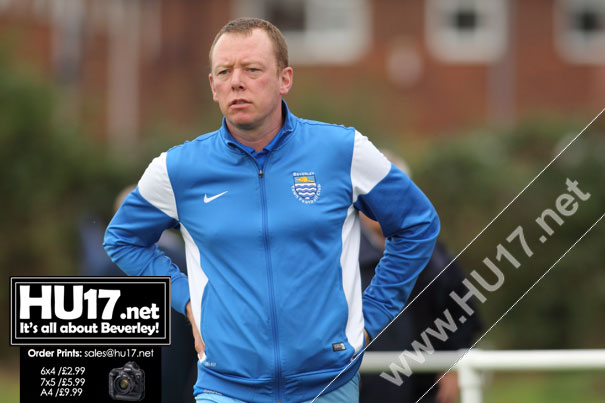 For the second week in a row Beverley Town Football Club faced a side that would go top of the Humber Premier League if they won.

Town made one enforced change , with Tom Davies coming into the starting eleven for the
injured Stu Oliver.

Town started the first half well, trying to play from the back and work openings through the midfield, with both centre halves Dan McHale and Ryan Saltmer looking in control.

Hessle were dangerous on the break, with pace out wide and a strong centre forward always a threat.

On 25 minutes Towns top scorer Matty Littlefield had to be replaced by Ben Fletcher, due to groin injury, a tough break for Town and Littlefield who has been on great form recently.

Both teams tried to get their noses in front, however it was Town who had the best of the possession without creating any clear cut chances.

Two minutes before half time the deadlock was broken, when Town failed to deal with an attack down their right hand side, and the Hessle striker fired past the on rushing Spencer in Towns goal.

Town started the second half on the front foot, a break straight from the kick off threatened down the right hand side, but came to nothing as Hessle’s defence, who were dominant for most of the game, coped easily.

Again Town played well in patches, keeping good possession but never really creating any chances. Hessle added a second mid way through the second half, again Town failed to deal with a passage of play, and Hessle fired in a scrappy strike into the bottom corner.

Town threw on Jordan Organ and Matty Dixon in an attempt to get back in the game, and went close on two occasions when the ball was delivered into the box, but the keeper remained largely untested.

Town manager Rich Jagger reflected on his side second consecutive defeat, he said;

“I thought in the first half we played some good stuff without really creating a lot.”

The goal just before half time was a bit of a blow, I feel we deserved to go in at 0-0, and the game would have been totally different had that been the case.”

“However we can’t get away from the fact that we haven’t created a lot in the last two weeks.”

“This is something we will work on in training and more than likely there will be changes in personnel for next weeks trip to Easington.”