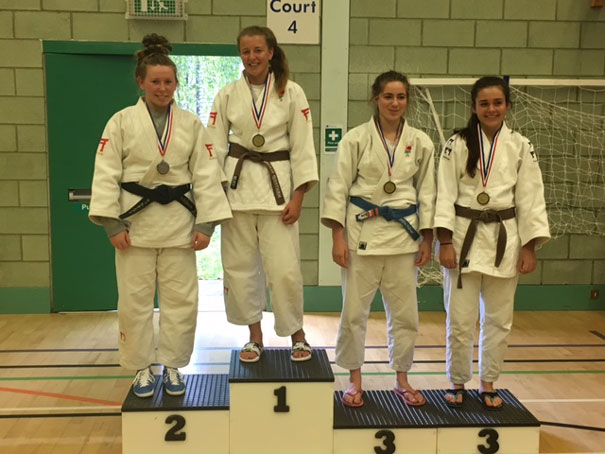 Walsall was the venue for this year’s Heart of England Judo Championships which saw Beverley’s Holly Bentham continue with her marvellous 2016 form.

Holly fighting for the East Yorkshire Judo Academy completed her fifth successive competition victory on this occasion opening her account in the first contest by subjecting her opponent to a devastating throw consequently leading to Holly placing on an immediate hold down.

More was to follow as next the second opponent swiftly fell victim to two skilful waz-ari throws  prompting the referee to draw this match to a close.

In the semi-final Holly took on England Squad colleague, Sophia Palmer, form the Vale Club however within a minute it was all over with Palmer having been caught by an arm lock which caused her to tap out in submission.

The final bout saw Holly pitted against black belt Jasmine Wilkinson of the Newburn Club and after a tough battle the matter was settled when Holly sublimely tipped her opponent over for a decisive yuko score.