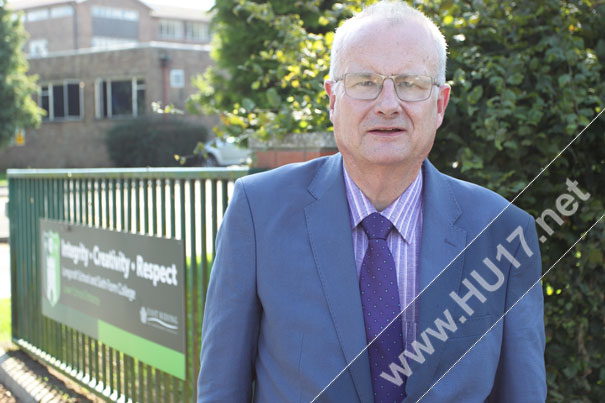 Denis Healy speaking about the proposed sell off of Longcroft Lower School says he wants to give the people of a Molescroft a voice.

He said that East Riding of Yorkshire Council need to listen more to the residents in Molescroft and not just act.

Mr. Healy who campaigns for the Liberal Democrats also added that the sale of the Longcroft Lower School site does not need to go ahead to secure a new school as the government have agreed to fully fund it.

“I have been listening to the views of local residents by conducting an extensive survey and people are telling me one of the issues in this area is what happens to this site when the new school is built on the upper school site.”

“East Riding planning say there is going to be yet more development here. There is a view amongst local residents there is an alternative to more housing.”

“Mainly what they are saying here is we want to have a voice. Why does it have to be development, what about amenities and facilities for the community that is being served by the new houses that are being built. People don’t feel they are being listened to, I want to give them a voice.”

His message to the local authorities;

On the subject of money for the new school Mr. Healy says that the sale of the site is not deal breaker, he said;

“The funding is coming from central government to build the new school. The council then have an opportunity to ‘milk’ the land and sell it to a developer. That’s what they are doing, with very little consultation – its public area, the people want to have a bit of a say in what goes on here.”

When asked if it was right to object to new homes and make it difficult for people trying to buy a house in Beverley Mr. Healy said;

“I  have got no problem in principle with new homes. Peoples concerns are not so much the properties going up, it’s the effects on schools and doctors surgeries, so it’s not the development, it’s the amenities that go with it.”