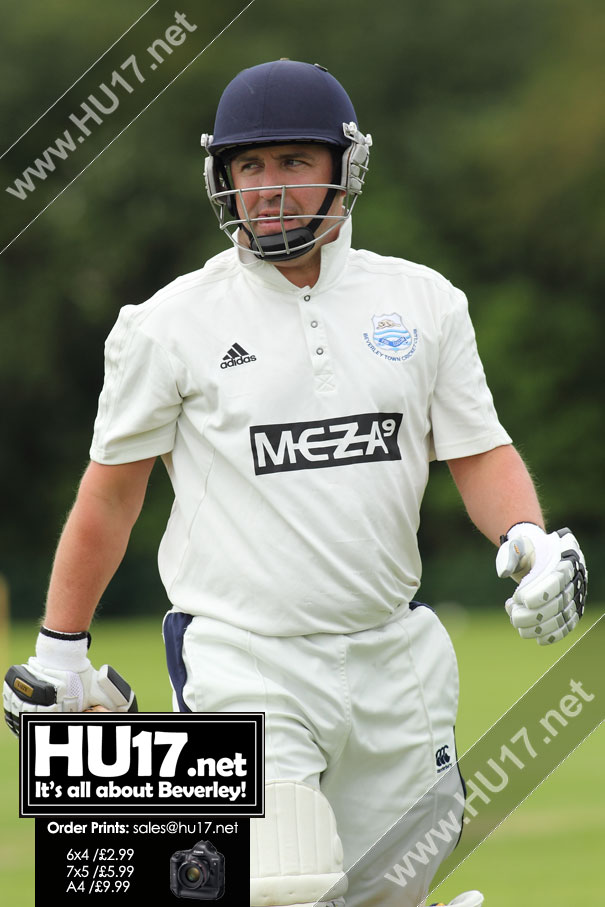 Whitkirk and Malton & Old Malton having already claimed the top two places attention switched to opposite end of the Hunters York & District Senior League Division One table as the season reached its climax. Three teams went into the final round of matches with the threat of relegation hanging over them, but as it turned out Patrington who began the day in the bottom four were denied the opportunity to escape that position when their match with Bridlington fell victim to the weather without a ball being bowled.

Champions Whitkirk concluded an unbeaten season with victory over bottom of the table Osbaldwick, the hosts running out winners by 146 runs. Simon Webb made 80 and Robert Flynn finished 106 not out as the home side scored 294-8, whilst Anthony Butterfield (4-67) was responsible for half the wickets that fell. In reply the visitors came under pressure from Michael Obrien (3-26) and James Malthouse (3-34), Matthew Hattee top scoring with 41 as they were bowled out for 148 the home side recording their 16th victory of the season.

Malton & Old Malton were unable to celebrate clinching promotion with a victory as they lost away at Beverley Town Cricket Club who had begun the day needing to win be certain of securing Division One cricket in 2017. In a match reduced by rain to 28 overs a side the visitors reached 159-7, thanks largely to 80 from Stephen Linsley with Matthew Mudd taking 3-41. Tim Smith replied with 75 for the home side as they reached their target with just three balls to spare.

Harrogate, who were one of five sides new to the division in 2016, finished third after winning at Sewerby by eight wickets. Cameron O’Donnell (87) and George Owram (40no) shared an opening stand of 138 as the visitors chased down a target of 158, which included 74 from Scott Cooper but was restricted by an excellent spell from Ashley Griffin (3-32).

Folkton & Flixton finished in fourth, the position they have occupied since late June, and ended their campaign on a winning note Richard Malthouse (113) making a century in a 94 runs victory at Pocklington. Matthew Nesfield (48) and Chris Mann (42) also contributed to a total of 247 made despite four wickets from Ted Donkin (4-26). In reply only John Chaplin (36) and George Baty (30) threatened as Harry Walmsley finished with 4-33 as the hosts were bowled out for 153.

A half-century from Matthew Hoyle (58) helped Selby reach 216-6, and they looked set for victory when Hornsea were in trouble at 84-5, but a partnership of 79 between Mark Battye (46) and Richard Medforth (40no) rescued the visitors who closed on 183-7, Joe Romaniw taking 3-42, the result was enough to extend the home sides unbeaten run to 14 matches as they climbed out of the relegation places at the start of June to finish fifth.