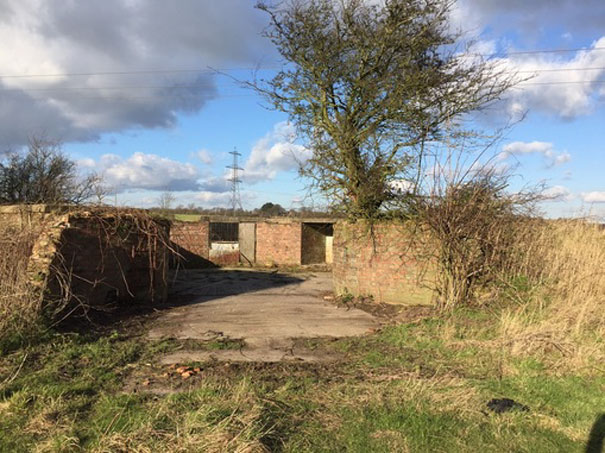 Every year over four days in September, thousands of events across the country invite you in to explore local treasures of every age, style and function.

This year for the first time Butt Farm Caravan and Camping Site is opening up their hidden treasure to the public for one day only. On Sunday 11th September 2016. A local anti-aircraft enthusiast will also be on hand throughout the day to guide people around the site and give an insight into how the site worked.

This gun site battery was part of a series defending Hull and other cities from Second World War (WWII, WW2) bombing. The East Riding was very much in the front line and bombing was constant here throughout the war.

From its inception in 1941 this site was regularly used to train soldiers from quieter parts of the country. It was staffed by a mixed sex regiment which used women from the Auxiliary Territorial Service (ATS).

They operated the radar, communications systems and crucially provided technical support for identifying the elusive moving targets. Men operated the guns to bring down the German planes.

The site contains archaeological evidence of the presence of women. This includes a boiler house to provide heating for the semi-sunken command post. Additional brick plinths were inserted around the target finder equipment so all staff could reach and use them.

After the war, it was retained in use as part of a reduced network of military sites. It is thought to have been abandoned around 1950. It is one of only 30 scheduled sites to have experienced this dual war and post-war role.

Over sixty years after its final abandonment, the heavy anti-aircraft gun site was swamped by vegetation, trees and brambles. The site was intermittently farmed, then neglected for years. This has inevitably led to the poor and deteriorating condition of the monument.

The farm has been recently taken on by an enthusiastic young tenant farmer. He has become very interested in the site and its history. He was so keen to see it emerge from its engulfing bramble patch that he enlisted local Scouts to help.

Under Historic England’s guidance, St Cuthbert’s Scout group worked really hard on the site to remove the vegetation. Like Sleeping Beauty, it has now emerged back into the daylight.

If people are interested in having a look around the site you need to either call or e mail to book a place on a tour.

Numbers are limited due to the nature of the site and we are doing guided tours at 10am, 12pm and 2pm.