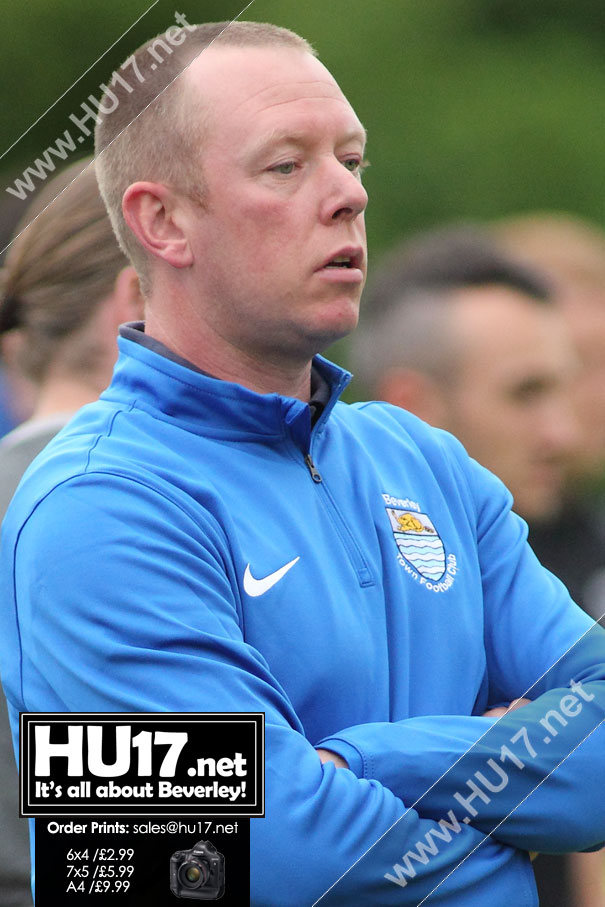 Beverley Town Football Club earned a good point away to East Yorkshire Carnegie as they drew 1-1 in the Humber Premier League.

Following their midweek disappointment at home to Pocklington Town Beverley bounced back against side that featured former club captain, Jonny Ricardo.

Beverley’s manager Rich Jagger felt overall it was a positive performance from his side, commenting on the match he said;

“It was a really positive performance from the lads, we put them under pressure straight from the kick off and I thought if we had scored early on we would have gone on to win the game.”

“We hit the bar from a free kick and they went up the other end and scored.”

“As a side we showed good character to come straight back and score and held on well for a good draw in the end after playing with 10 men for last 20 minutes.”

After a scoreless first half it was East Yorkshire Carnegie who opened the scoring through Jordan Harrison on the hour mark.

Town were level just four minutes later when Adam Foster opened his account for the season as he found the back of the net.

With the match in the balance Town were reduced to 10 men following a rash challenge by the skipper, Nathan White on Carnegie’s Chris Henderson landed him a straight red card. Jagger said he no qualms with the card shown to his captain.

With over 20 minutes to play in the match both sides created chances however the match was to end with the points shared in what was a competitive local derby.

Given how Town have been guilty of losing points by conceding late goals in their opening two matches of the season this is a good point, doubling their tally to two from three games.