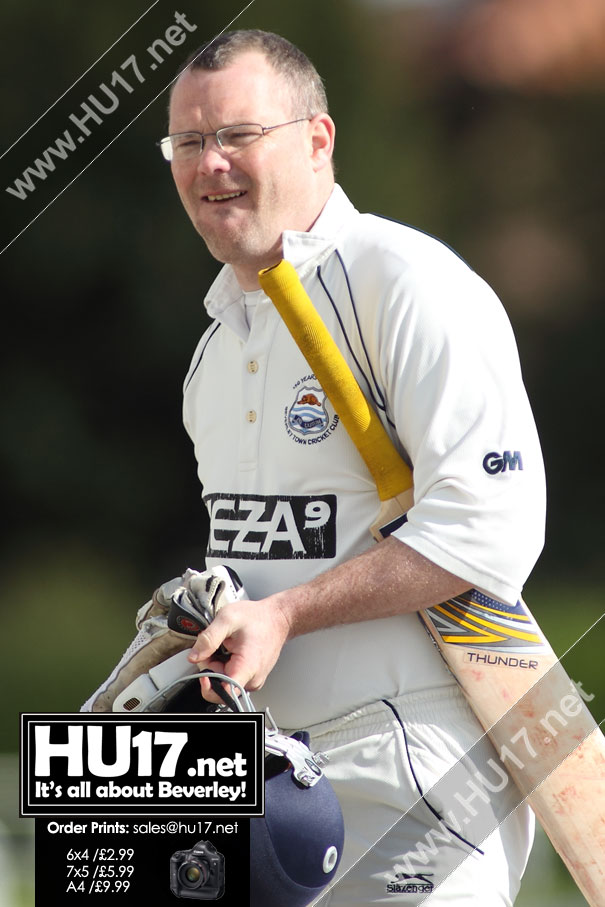 Beverley Town Cricket Club travelled to Driffield looking to a great step to confirming their status in the Premier Division needing 45 points from 90 available in the final three games.

Winning the toss Matthew Mudd led the Beverley bowling attack bowling a fine 10 over spell. Mudd took one wicket but could have had a number of others with more luck and catches being taken.

At the other end, making his first team debut, Joey Franklin bowled a tight opening spell conceding just 14 from 7 overs.

Two rain spells early in the innings reduced the Driffield innings to 48 overs and the Beverley innings to 40 overs.

When play resumed Jamie Roe and Sam Welburn bowled good spells in tandem taking 3 wickets a piece to restrict the home side to 211-8.

Beverley were soon in trouble when batting losing both openers early in proceedings. Wickets fell at regular intervals before rain with Olly Grantham scoring 22 and Jon Vodden a positive 30.

Despite dark conditions Rob Fish battled hard for 28 before the rain caused the match to be abandoned with Beverley on 93-5.

Beverley finished with 11 points from the game and now require 15 points from the last two games of the season to guarantee their Premier League status but still have an eye on a top half finish.

“It’s always frustrating to have games abandoned due to the weather but there were a number of good performances particularly Joey Frankin making his debut.”

Next up for Beverley is a home match against Goole Town who are just one place below them in the table.
The sides last met in June when Goole destroyed Beverley who scored just 37 runs as Goole beat them by 92 runs.

Town will be hoping to reverse the result and secure Premier league Status for next season.