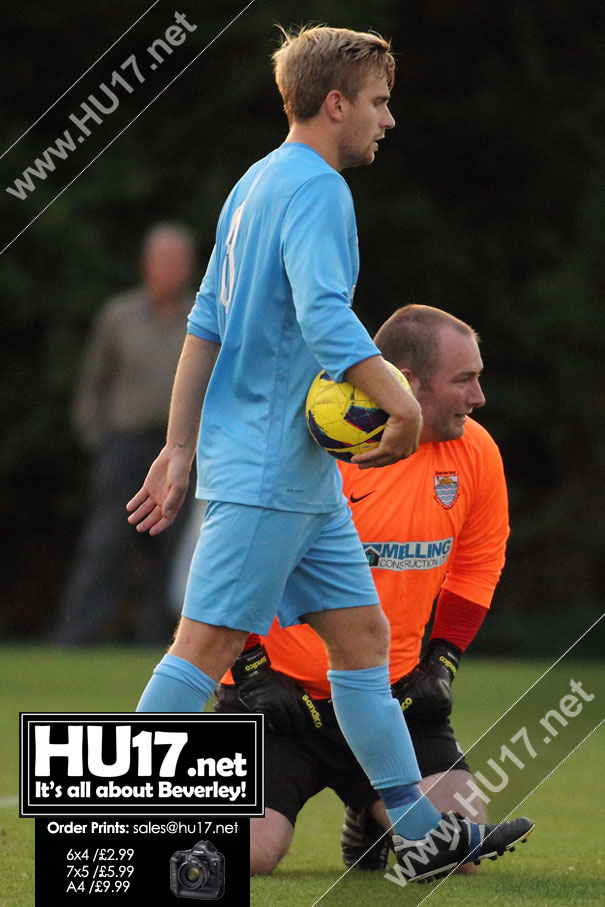 Beverley Town manager Rich Jagger has told his players they need to wise up if they are going to start winning matches in the Humber Premier League.

Jagger was speaking after watching his side throw away a two goal lead as Pocklington scored three late goals to win 4-3 at the Norwood Recreation Ground.

Speaking after the match Jagger said;

“We are all disappointed about losing the game from being in such a strong position. The lads were cruising at 3-1 up, but we showed a real naivety in not closing the game out.”

“We have a bit of work to do on the training ground this Thursday, but as I said to the lads, that’s two games where we should have taken all 3 points from.”

“If we can wise up and see games out we will start to get some points on the board.”

This was Beverley’s first home game of the season and got off to the perfect start when Matthew Littlefield opened the scoring from a well work Beverley counter attack.

Pocklington however were back on level terms before the break as they got the breakthrough they deserved to level the match.

Beverley took their time to get going in the second period, though goals from Ben Thompson and Stuart Oliver gave the home side a commanding two goal lead with just 22 minutes left in the match.

Despite having the lead Beverley seemed in implode, they began to argue and were also flapping as Pocklington looked to get back into the match.

Pocklington saw their tenacity rewarded as they scored two quick fire goals to level the game. Worse was to come for Beverley as the hosts were awarded a free kick some 40 yards out.

Beverley’s keeper Matthew Spence could only parry ball, finger tipping it on to one post before the ball run along the goal line and went in off the other post completing the Pocklington come back and sealing a vital three points.

With the departure of Jonny Ricardo and the absence of Nathan White in the centre of the park the team lacked some much needed experience to close games like this out.

Beverley Town Football Club should have been sat at the top of the Humber Premier League with six points from two games, instead they have one point from two games.