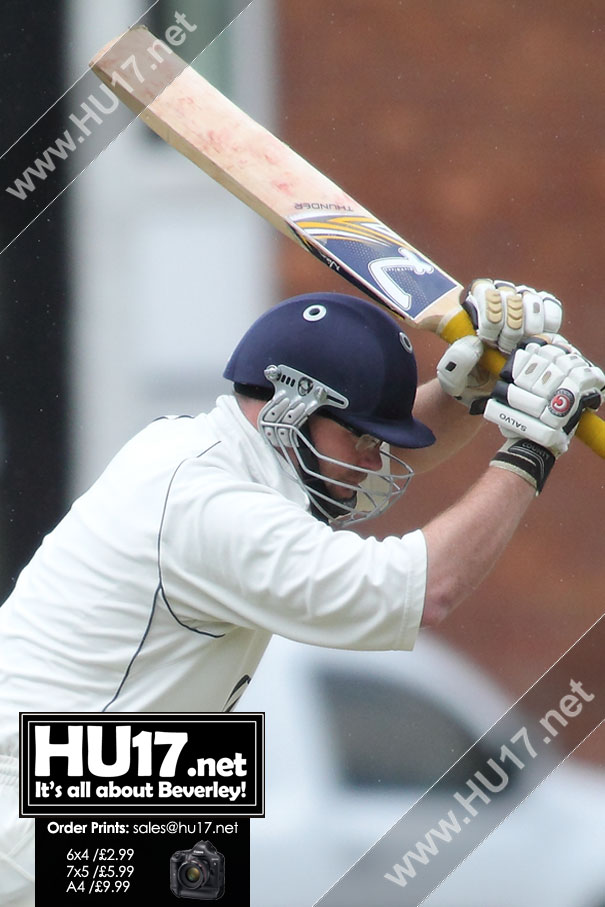 Beverley Town Cricket Club earned full points as they continue to climb away from the relegation positions in the Hunters York & District Senior Cricket League.

Beverley’s captain speaking about his sides performance and result said;

“It is great to pick up another 30 points and make a big step towards avoiding relegation following 3 wins in the last 4 games.”

“On a personal note its great to score a hundred and contribute to the team winning games.”

“Hopefully we can continue the form into the final games of the season and finish well.”

Heworth won the toss and elected to bat and were soon a wicket down as Bradley Graham again bowled the opening batsman without scoring.

The opening partner Ian Lynch played some attacking shots for a positive 58 but he was dismissed with the score 99-5 around the half way point with Matthew Mudd having taken 3-48.

A stand of 60 saw a good fightback with Beverley on the back foot but tight end of innings spells from Tommy Hudson and Sam Welburn 3-42 restricted the score to 236.

Some fielding errors were costly for Beverley with 6 possible catches shelled.

In reply Beverley were in dire straights with openers Harry Gamble and Robert Fish dismissed with the score 11-2.

Rain threatened the game with a delay putting doubt over the ability to complete the game.

The game restarted with skipper Olly Grantham and Anthony Spence in positive fashion taking the game to the Heworth.

A partnership of 186 took the game away from Heworth as Spence 81 and Grantham 122* led their team to victory in just 32.4 overs.