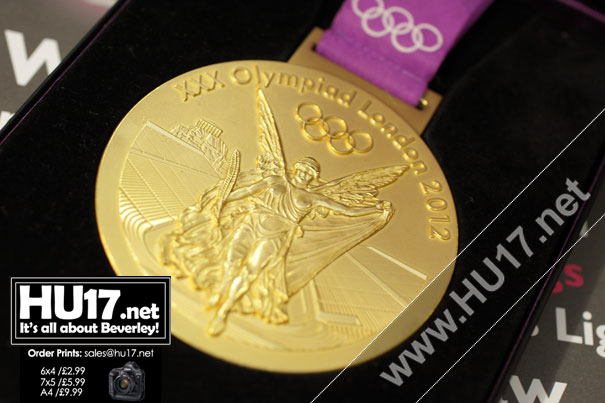 Beverley’s Flemingate development is embracing the Olympic spirit by inviting the region’s fastest young runners to compete in a Usain Bolt-themed sprint.

The “Beverley Bolt” is a 100 metre race running the length of Flemingate’s main street. Sprinters will ‘bolt’ from the starting lines outside Poundland and race to the finishing post outside artisan sandwich and coffee shop Deli No.1.

Fleet-footed competitors will aim to be the fastest in their age range in a series of races which Graham Tait, Flemingate Centre Manager, hopes will become an annual event.

Mr Tait said: “We wanted to embrace the spirit of the Games in Rio and create our own ‘Olympic’ event. Usain Bolt is such a great role model that we came up with the idea of the Beverley Bolt, a race for young visitors to Flemingate to take part in.

“There will be a race track with barriers and stewards along the way and winners will be presented with medals once the results of the two days have been collated.

“It will be a really fun couple of days on August Bank Holiday weekend and an event that everyone can come along and enjoy.”

Girls and boys will be timed separately so there will be 10 winners in total with finishing times recorded by stewards outside Deli No.1.

All runners must wear suitable clothing and footwear for the race and complete an entry form.

Mr Tait added: “We’re keen to promote Flemingate as a space for a wide variety of outdoor events and this the latest example of how we are bringing people into Beverley to enjoy all that the town has to offer.”

The Beverley Bolt is part of a fun series of summer activities taking place at Flemingate throughout the summer break.