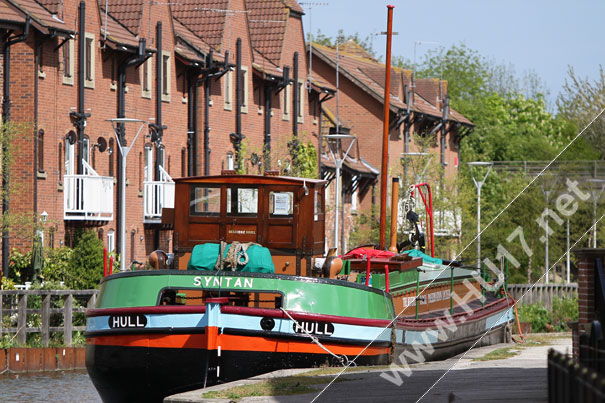 The World Barge Pulling Championships will take place in Beverley next month with competitors expected to come from round the world to take part in the event.

“Organised by us, the Beverley Barge Preservation Society, in association with Teamac, our maritime paint suppliers,  barge pullers from around the world are invited to gather on Beverley Beck.”

“Taking place on Sunday 25 September competitors will work in teams of four to pull themselves into the record books.”

“Teams of men, women, or mixed are welcome to compete against each other, and gain the highest honour in the world of barge pulling.”

“The barge ‘Syntan’ weighs in at 64 tons and has to be pulled over a 200 metre course – all in the fastest possible time.  Sounds hard, but it is on water and once it starts moving….”

“All competitors will be rewarded with a specially designed medallion.  In addition, members of the winning team receive championship cups and share a £200 cash prize.”

“A perpetual trophy will be engraved with the winning team’s name, and held aboard ‘Syntan’ until the 2017 championships.”

The Beverley Barge Preservation Society is a charity based on Beverley Beck operates three historic boats  including the restored Humber Barge Syntan that was formerly owned by Hodgson’s Tannery in the town.

The Society works with people of all ages and abilities to educate and introduce the world of Inland Waterways in East Yorkshire, and is using the World Barge Pulling Championships to help provide a lift to the ‘Sun’ in order to be able to provide full disabled access to the vessel.

Places for teams are still available, so any potential world champions should contact the Beverley Barge Preservation Society  for an entry form on line at www.syntanbarge.org.uk