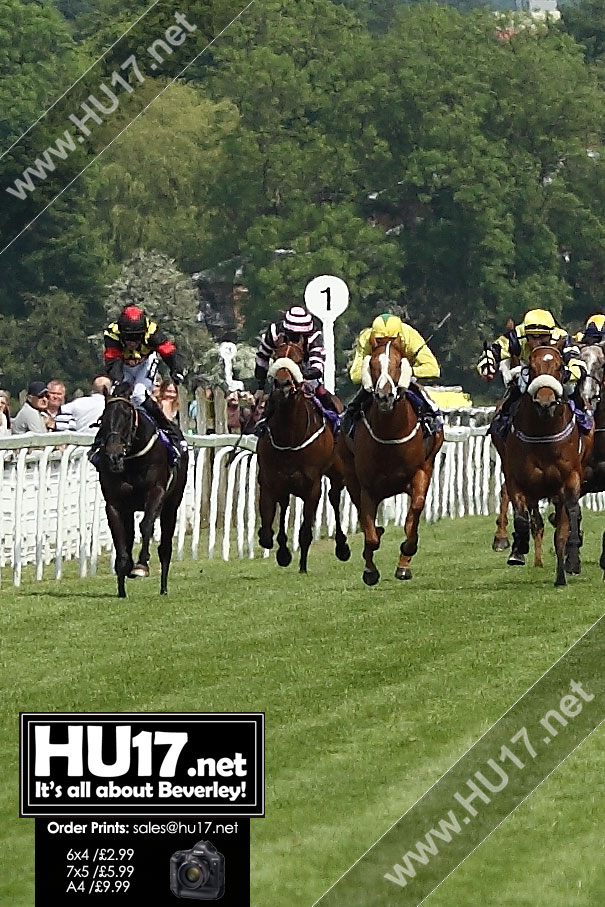 Much-in-demand Gordon featured at the Shergar Cup meeting at Ascot last weekend and is firmly in the hunt for the Stobart Apprentice Jockeys’ Championship.

The 3lb claimer will make just her second ever visit to Beverley when she receives the leg-up on the Camacho-trained Burtonwood in the Colin Tinkler Snr Professional Lady Jockeys Handicap (3.20) over five furlongs.

A course-and-distance winner in June, the four-year-old gelding has remained in fine fettle this summer and was last seen finishing a close third in a five-furlong handicap at Pontefract a week ago.

Steve Brown, Camacho’s husband and assistant, said: “We’re delighted to have Josephine on board.

“We like to be on the front foot with these sort of things, so I put the phonecall into her team as early as I could and, luckily, she was free to ride.

“It’s another part of the jigsaw complete as she’s obviously a very talented rider.
“Burtonwood likes it at Beverley and is in very good form.

“He has also been given the a chance by the handicapper, so, at this stage, there are no negatives.”

Gordon has two other rides on Beverley’s seven-race card as she also teams up with Bithynia in the opening Racing UK HD EBF Maiden Fillies’ Stakes (1.50) and Lady Canford in the Margaret And Brian Marchant Diamond Wedding Anniversary Handicap (4.20).

The Colin Tinkler Snr Professional Lady Jockeys Handicap pays homage to one of the biggest racing personalities on the northern circuit.

An enthusiastic owner and a renowned tipster, he is fondly remembered for being the brainchild of Full Circle Thoroughbreds, a pioneering syndicate that allowed racegoers from all walks of life to have shares in horses.

The official going is good to firm ahead of the meeting, but watering will take place after Journal Ladies’ Day on Wednesday if it is felt necessary to preserve ground conditions.

Though there is a chance of some rain on Thursday morning, sunny spells and a high of 19C have been forecast for a fixture that features the inaugural running of the RB Save the Children Camel Derby.