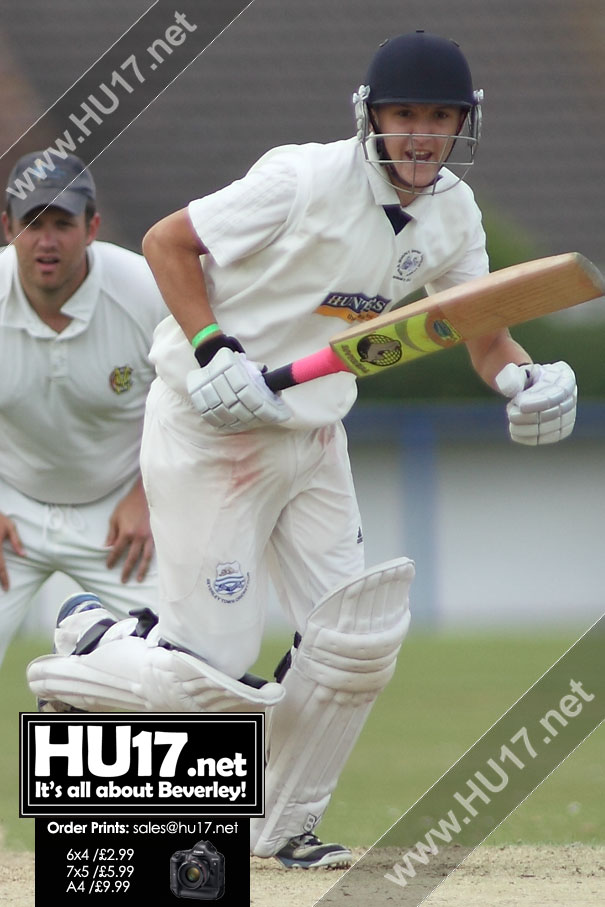 Beverley Town Cricket Club saw three of their youngsters take part in special match at the Norwood Recreation Ground against the MCC.

Jamie Roe, Greg Whyley and Bradly Graham we all selected to represent the York & District Senior Cricket League U21s in the fixture.

After last year’s game was washed out, all that was needed was some good weather, early rain clouds cleared and the Norwood Recreation Ground was in pristine condition, a scene that would have blessed a Thomas Gainsborough canvas.

Callum Helwig (Hull Zingari C.C) & Brad Graham (Beverley Town C.C) made the MCC openers work hard for their spoils & they were unlucky not to pick more early wickets as they beat the bat on several occasions.

It was however left to former York C.C favourite Simon Lambert to move the score along, after weathering the early difficulties he moved to a well-made 50, and keen to take advantage, he completed a 112 ball century with flurry of boundaries from his full repertoire of shots.

Not to be outdone, Mike Burdett (W.G.C.C) kept the wagon on the rails with a compact 30* not out ably assisted by Ian Jarvis (York C.C) 27* not out.

Pick of the bowlers was Alex Bowden (Selby C.C) his 2–34 was a key factor in keeping the total to a manageable 243 for 6, the rest of the team backed him up with excellent & energetic fielding.

York got off to a rollicking start, Alex Bowden this time starring with the bat, his 69 ball 59 was a really well-crafted innings.

York tried to force the pace, but good bowling from the MCC saw wickets fall at regular innings, tormentor in chief was again Simon Lambert he finished with 5 – 21, but not until
Tim Whincup (Pickering C.C) 41* not out & Joe “Shingo” Shingles (Londesborough Park C.C) 26 put on a very entertaining last wicket partnership of 58.

The Y&DSCL want to pass on its sincere thanks to everyone at Beverley Town Cricket Club for the hard work & wonderful hospitality.