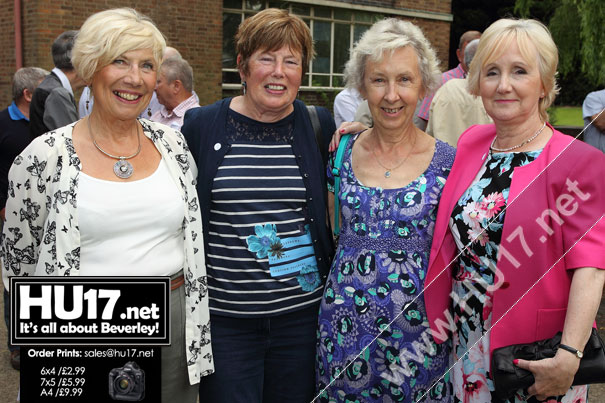 They hadn’t seen each other for 50+ years but it was as though the years had flown by, old friendships were rekindled and it was catch-up time.

The first pupils to go to Longcroft Lower School when it opened in January 1958 held a reunion on 10th July at the School. This year is a significant milestone for all of them as they are 70 during the current school academic year.

Organised by Eileen Archibald, Linda Harrison and Prue Blake who used social media such as Facebook, telephone and leaving messages for those they had known details for, about 150 of the 250 pupils were contacted.

About 70 ex-pupils attended the reunion, reminisced about their school days and caught up on family, careers and interests. In addition, a couple of teachers – Mrs Driscoll (nee Maidment) and Mrs Packer (nee Hiles) who both taught at the school came along.

People came from all parts of the country (including Scotland) and the success of the day was clear in that no one wanted to leave early.