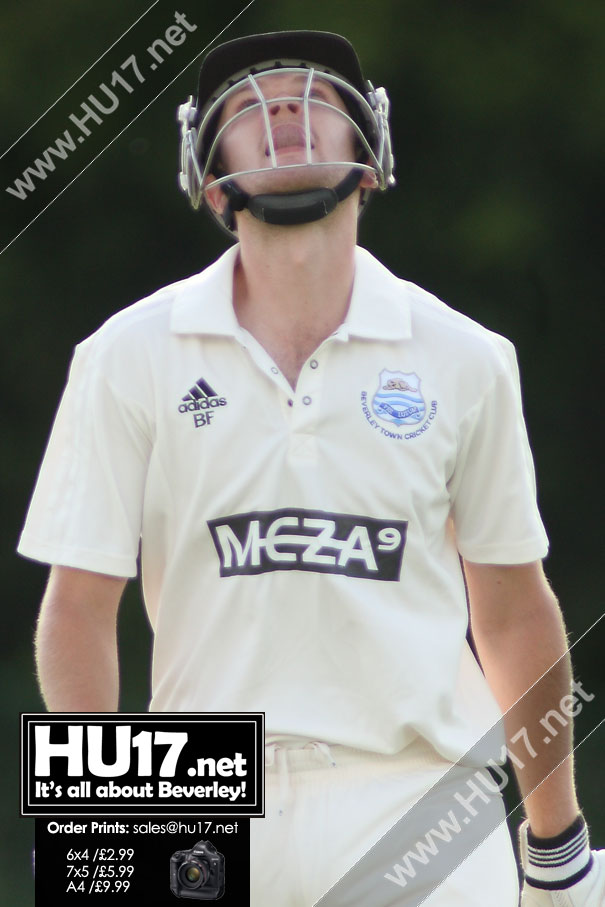 The top three in Division One of the Hunters York & District Senior League remain unchanged after each recorded victories. Leaders Whitkirk dominated their match against Pockington from start to finish winning by a commanding margin of 244 runs.

Matthew Webb (100) and Simon Webb (84) contributed a partnership of 179 to a total of 314-3 which also included 65 not out from Sam Parker. Alex Downey scored a spirited 43 in reply which accounted for more than half his sides’ total of 70, Ben Danby’s 5-30 included a hat-trick whilst Michael Obrien finished with 3-32.

Malton & Old Malton confirmed their position in the second promotion place with victory over fourth placed Folkton & Flixton by six wickets. Anthony Stones top scored in the visitors’ 207-6 with 64, but was out shone by Shaun Harland (104no) whose unbeaten century along with 40 from Gary Hall secured a fourth consecutive victory for the home side.

Third placed Harrogate were comfortable victors at home to Bridlington thanks to Ali-Hasan Ahmed (4-22) who helped bowl out the visitors for 121. That was in reply to a target of 225-9 which included 55 from George Owram and 45 from Cameron O’Donnell, Sam Edmundson having finished with figures of 4-46.

Having lost seven of their previous eight Osbaldwick showed great determination to secure a draw against visitors Patrington for who Connor McKinly, with a century, and Jacob Duffield (78) put on 155 for the second wicket, setting the base for a total of 294.

They could have been forgiven for thinking they had done enough against a side which has been struggling for runs in recent weeks, but the hosts opening pairing of Jacob Smith (83) and Andy Richardson (75) put on 151 giving them cause for concern, and it turned out to be the perfect foundation for the hosts who were able to reach 246-7 in reply.

An unbeaten 91 from Scott Cooper helped secure a two wicket win for Sewerby at Hornsea. Steve Janney (4-39) helped bowl out the home side for 184 which included a top score of 78 by Jonathan Fisher, and despite three wickets each from Robert Mewburn (3-38) and Richard Medforth (3-22) the visitors were able to secure a League double over their east coast rivals.

Hosts Selby put distance between themselves and the sides battling to avoid relegation when they beat Beverley Town Cricket Club in a low scoring contest. The visitors were restricted to 148-9 with only Peter Parnaby (32no) getting beyond 30 as Gareth Roberts (3-27) and Joe Romaniw (3-26) kept a tight grip on proceedings. Alex Nightingale (3-25) attempted to do the same but Alex Bowden (47) and Matthew Hoyle (54) were able to set up a victory for the home side by six wickets.