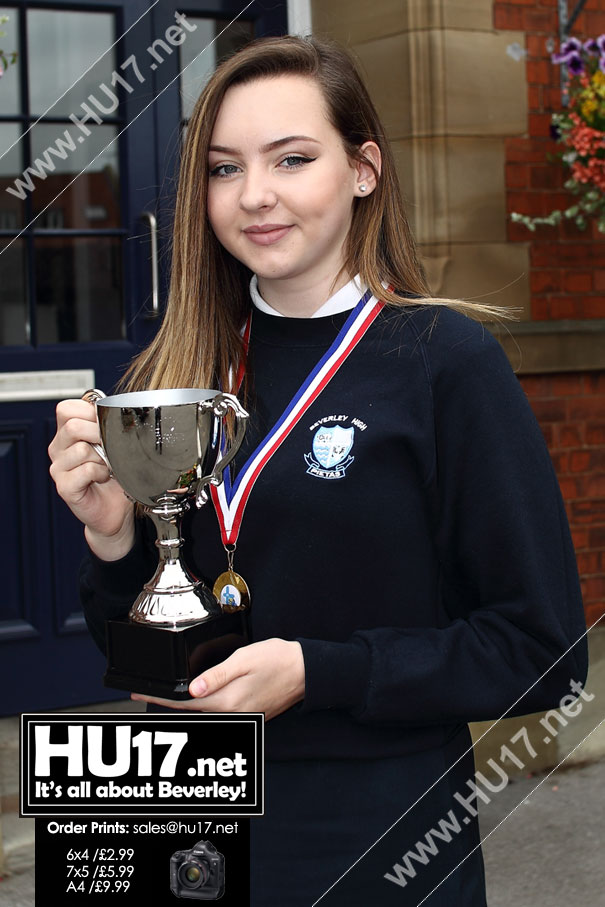 Beverley High School have again enjoyed success on a national stage as one of their students, Jessica Wilson won Translation Bee.

Translation Bee was created following after calls from older students who wanted to take part in national competition that tests their academic abilities.

Ms Wilson was joined by six other students from Beverley High School and ended up winning the overall competition.

Speaking about her success Ms Wilson who is in Year 9 said;

“Overall, the experience was demanding, but also really exciting and enjoyable. Translating the sentences quickly and accurately will be invaluable for my French GCSE and beyond.”

“Going to Cambridge to compete nationally was challenging but also meant that I could push myself against the best students in the country.”

Students were tasked with translating sentences into French or German from a possible 360 combinations.
Language Teacher Julie Wilson said;

“It has been a great success with over 7,300 students taking part across the country. Here at Beverley High students had a class competition last December, and a year competition in March.”

“Our top 4 students from French and top 3 from German then went to the national final at Anglia Ruskin University, Cambridge on 15th June where there were 64 students for French and 32 for German fighting it out for the title.”

“Two of our girls got through to the semis – Lisa and Jessica . Jess made it to the final round and then WON!”

“Competitions like this really tests students ability to translate, pronounce the language correctly, understand conjugation of verbs and to think quickly.”

“Beverley High School has a reputation for helping, motivating and encouraging our talented linguists to do well both in these competitions and in their exams.”

“We are very proud of all the girls’ achievements and are especially pleased for Jess Wilson.”