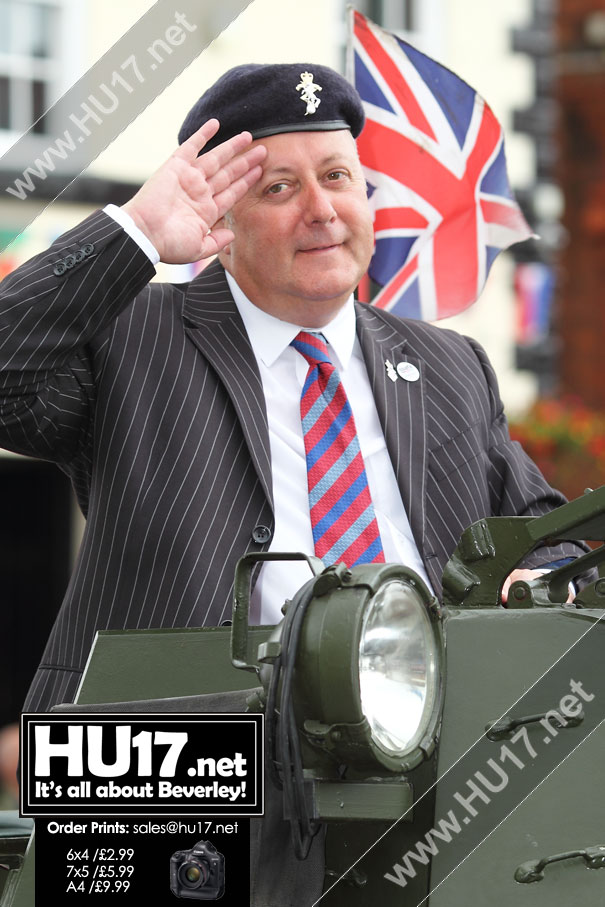 Organisers say Beverley Armed Forces Day was a success thanks to the efforts of the volunteers who helped with the event.

In its fifth year Beverley Armed Forces Days gives members of the local community in celebrate and pay tribute to those the armed forces past and present.

On show were number of vintage military vehicles while on the stage there was entertainment from a number local groups and schools.

Special guests at the event included the Mayor of Beverley, Rob Begnett and representatives from East Riding of Yorkshire Council.

Ahead of the entertainment a paraded made up of local cadet forces led by the Humberside Police Band marched through the town.

Cllr David Elvidge who is the main organiser of the event said;

“This year’s Armed Forces Day was a success in my eyes because of one thing as it always is with community events, the volunteers.”

“Those behind the scenes moving seats, barriers, the first aiders, Police, the performers on stage, cadets, veterans and those making a brew for all the others. It also helped for the first time in three years we had no rain but were bathed in glorious sunshine.”

“A special mention must got our number one volunteer who for the first year couldn’t be with us Michael Dawson, you were in our thoughts throughout the day.”

Craig Darley who attended the event with his family says they had a great time at the event, speaking to HU17.net Mr Darley said;

“We all went to Beverley Armed Forces Day to show our support for the men and women who serve the country.”

“All of the family had a great day, soaking up the entertainment and looking at the various displays and vehicles on show, my children loved it.”

“I felt it was a really good turn by Beverley community and will certainly be going back next year.”