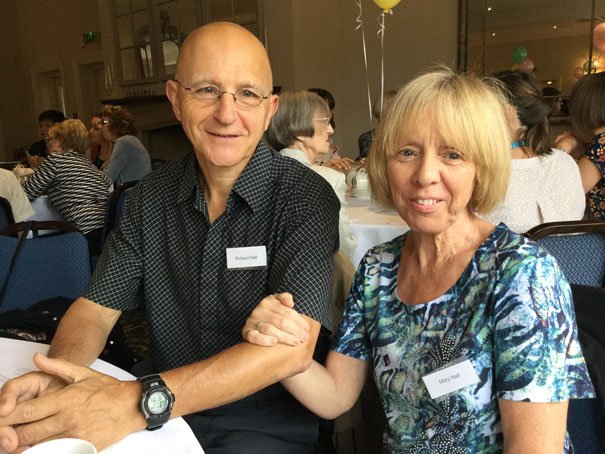 Carers from across the East Riding have attended a conference aimed at supporting and celebrating the invaluable role that they play in the lives of those they care for.

Around 150 carers, who are all registered with the East Riding Carers Support Service, attended the annual Carers Conference which was held at Tickton Grange Hotel, in Beverley.

East Riding of Yorkshire Council’s head of adult services Rosy Pope welcomed everyone to the event, paying tribute to the round the clock work that unpaid carers do.

The conference featured a series of presentations from key organisations, including Humberside Fire and Rescue Service, Humber NHS Foundation Trust, East Riding Health Trainers who took everyone through a chair-based exercise session, and ‘Support and Empathy for people with Eating Disorders (SEED), which is run by Marge Oaten, mum of Emmerdale actress Gemma.

Attendees had the chance to ask any questions on the topics presented, before moving into a more relaxed afternoon when carers had the chance to browse a wide range of information stands from organisations including Alzheimer’s Society, Age UK, the British Legion, and Macmillan.

There was also musical entertainment from one man show Neil Hurst, while carers could also benefit from relaxation activities including mindfulness and the Alexander Technique.

For Richard and Mary Hall, of Leven, this was their third Carers Conference and a chance for them to take some much needed time out from caring for their two children, who are young adults with learning disabilities.

Mary said: “It’s nice to be spoilt and to be waited on because we don’t really get much time to do this sort of thing.

“We usually spend our time travelling around from one place to another caring for our children so it’s nice to just stop and listen to all this information which is so useful for us.

“All the information you could need is right here in one place which makes it so much easier for us.”
Fellow carer Mavis Bottomley, from Anlaby, added: “I like the advice and information you receive at the conference.

“I’ve been speaking to the Health Trainers and as a result of that I’m going to do some sessions with them, it’s given me the motivation to actually do it.”

The conference formed part of Carers Week (6-12 June), a national campaign which is aimed at raising awareness of caring, highlighting the challenges that carers face, and recognising the contribution they make to families and communities across the UK.

The theme for this year’s campaign was ‘building Carer Friendly Communities’ – communities which support carers to look after their family or friends well, while recognising that carers are individuals with needs of their own.

“With an estimated 3,700 registered carers, and around 38,000 unregistered ‘hidden’ carers living in the East Riding, Carers Week is the perfect opportunity for everyone to play a part in raising awareness of the invaluable job that they do.

“Caring is something that increasingly will affect all of us at some point in our lives so it is more important than ever before for us to work together to help build carer friendly communities across the East Riding and beyond.

“I would like to thank everyone involved in organising the Carers Conference and all those who attended what was a truly informative, useful and enjoyable event.”