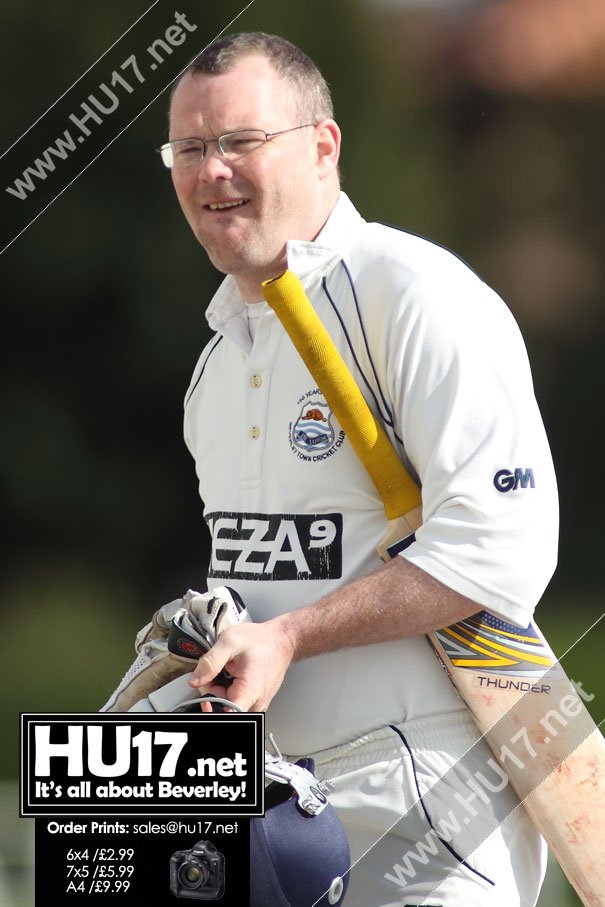 James Emery lost the toss and Beverley were put into bat by Sewerby on a difficult pitch that gave all the advantages to the bowlers.

Olly Grantham top scored for Beverley with 56 but while he was scoring the wickets were falling around him.  Harry Gamble (4), Liam Feasey (0),  Tommy Hudson (13) and Grantham himself all dismissed by Sewerby’s Mark Pallister.

Kieran Simpson (30) also made a score of note as Beverley where dismissed for only 135.

However, Beverley remained optimistic as they took to the field and with heavy rain looming over the cliffs it felt like they may be able to get a good result.

Despite Sam Welburn taking 3 wickets and Beverley’s best rain dances Sewerby were able to chase down the score for the loss of only 3 wickets.

Next week they face Foxton and Flixton at home and will be looking for a maximum 30 points to help move them back into the top 4.