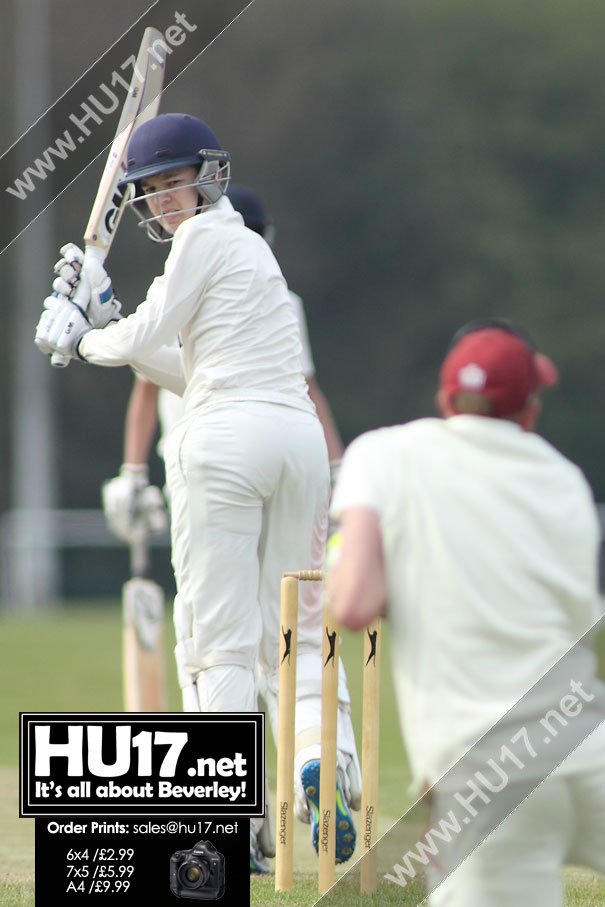 Pocklington who were promoted into the Division 1 following a successful campaign last season were no match for Beverley Town Cricket Club who eased to a six wicket win.

Betting first Pocklington managed a total of just 118 as Saint and Welburn led the bowling attack with four wickets each as Pocklington were dismissed inside 35 overs.

Pocklington took an early wicket as Beverley’s Ben Fish got a duck giving them some hope of getting something out of the match.

This hope, however, was short-lived as Beverley knocked of the required runs in 25 overs. Harry Gamble (32) and Tommy Hudson (29) led the way with the bat.

Gamble who moved to Bevelrey this season says he is enjoying life at the club. Commenting on his innings against Pocklington Gamble told HU17.net;

“Yeah I enjoyed it out there, especially after getting two ducks the 2 previous weeks before so it was nice to get some time at the crease and score a few.”

Victory sees Beverley move up in the table, though they remain 34 points behind the early leaders Harrogate II.

They are back in action next weekend when they head to the East Coast for their match with Bridlington, a game they will be looking to win.