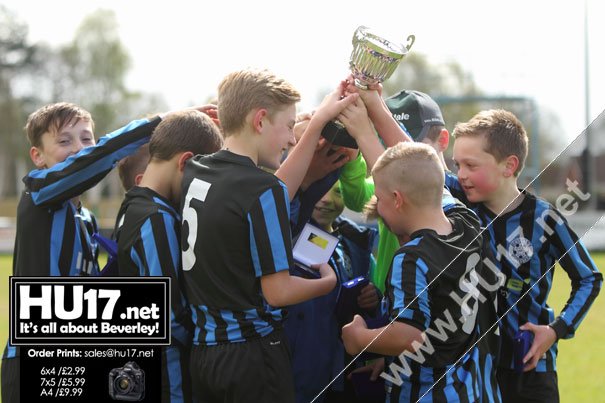 Beverley Whitestar are the holders of the Hull Boys Sunday League Plate Competition after they beat Hessle Rangers in the final.

Whitestar lifted the cup with a 2-0 over Rangers thanks to goals either side of the break in tight game between to evenly matched sides.

On a big day for the lads from Whitestar at Haworth Park, the cup final proved to be a test of their nerves.

The team dug in well and ground out a result scoring the all-important goals while solid defending kept Rangers out at the other end.