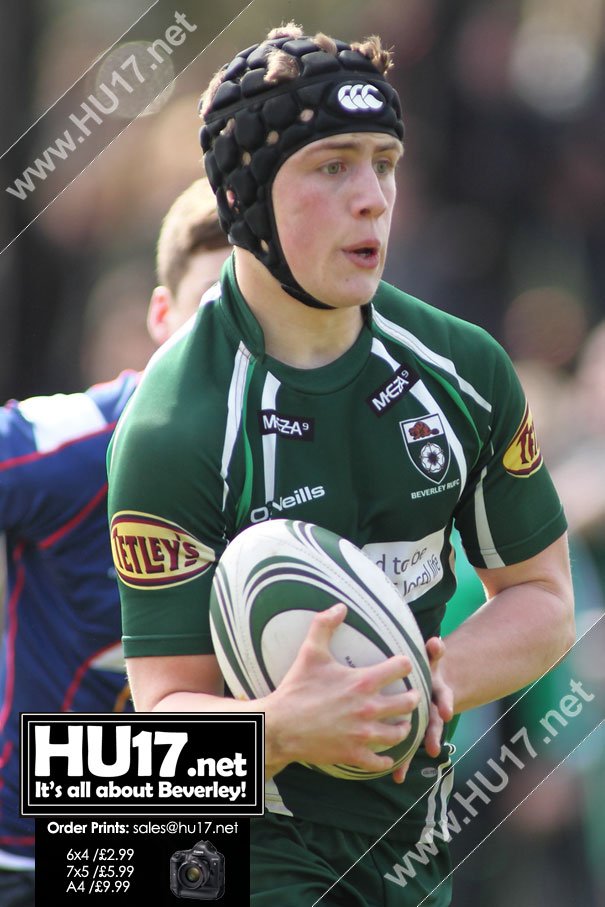 Beverley RUFC Colts missed out on completing the double after they were beaten 27-11 by Sheffield in the Yorkshire Cup Final.

Having already clinched the league title, an in form Beverley had high hopes of adding the prestigious Yorkshire Cup to their list of honours. However, Sheffield had other ideas.

Sheffield are without question a strong team. They looked bigger than Beverley though playing on a large pitch the Beavers must have fancied they could find the gaps and play their own game.

Joey Franklin gave Beverley an early lead as he slotted home a penalty from 25 yards out, however, Beverley’s lead was to be turned on its head by half time. Sheffield got level then scored a try to take a seven-point advantage into the break.

Sheffield started the second period where they left off adding an unconverted try to extend their lead further.

With the game, starting to run away from Beverley Jack Garvin got the Beavers right back into the game as he used his power to score in the corner, putting them within one score of Sheffield.

Beverley continued to show spirit and when Franklin converted a penalty to reduce the Sheffield lead to just 4 points, there was a real feel that a comeback may be on the cards.

With so little in it, Beverley were awarded a penalty under the posts. However, instead of taking the points the Beavers elected to run the ball and failed in their attempt to get the try and with it their so their hopes of winning the Yorkshire Cup fizzle out.

As pressure built and the Beavers took more risks and it was Sheffield that took the advantage bagging a further two scores to secure the win.

Sheffield were very worthy of their win. They were happy to concede ground, and their approach ensured the match never flowed but was instead a stop-start affair.

While Beverley may be disappointed the truth is they were just beaten by better side who stopped Beverley from playing the game those who watch them have become used to seeing.

It was a great effort but it is Sheffield, who for the second season in a row who came between Beverley and their dreams of lifting the Yorkshire Cup.