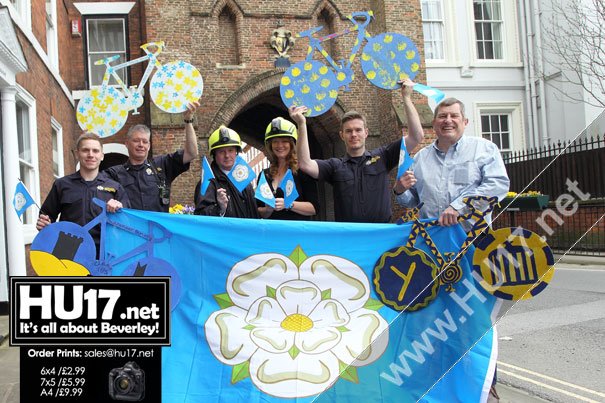 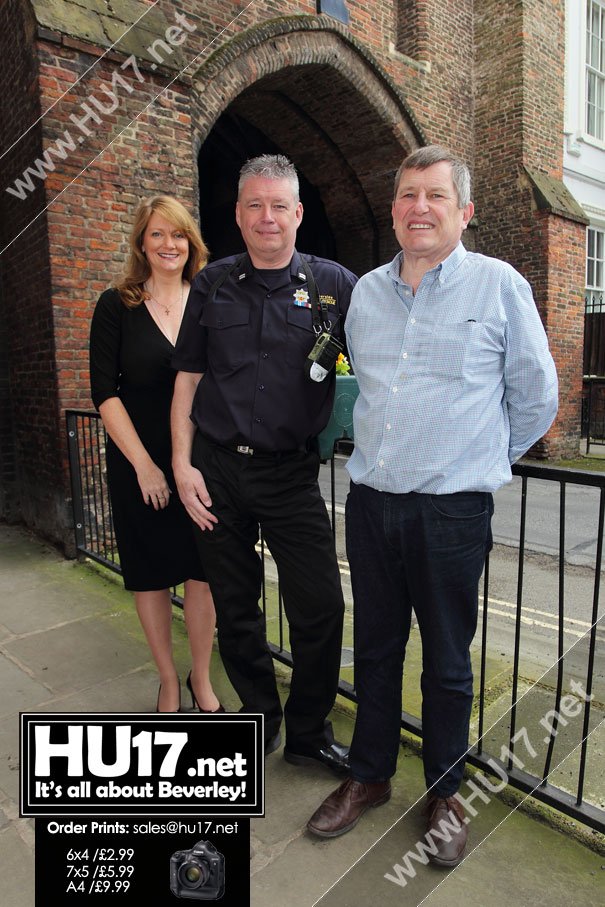 Humberside Fire & Rescue Service say they are delighted to be working with Beverley Town Council to help decorate Beverley for the Tour de Yorkshire.

“We are delighted with our ongoing relationship with Beverley Town Council in assisting with decorating the town. Previously, we have helped with the Jubilee Celebrations and also when the Olympic Torch came to Beverley.”

“By proving our assistance it allows us to engage with the local community by helping put up decorations where ever a ladder is needed.”

Cllr Duncan Jack who has been tasked with decorating Beverley and creating works of art within landscape said;

“People have been worried about the lack of decoration on show in the town as we approach the event. However, we are leaving it as late as possible, so they do not look tatty.”

“We only had a £1000 budget which does not go very far though we have provided flags to local primary schools to decorate.”

“Graham Tait has been very supportive by getting Flemingate involved. They are working with St Nicholas Primary School to create some land art on the grass outside the college.”

With the help of Humberside Fire & Rescue Service, Mr. Jack says the council will be decorating North Bar and hopefully also Black Mill, both of which have received the support of ERYC.

“We are going to go to the Black Mill and see what the ground is like. If it is solid and can take a ladder, then we will look to wrap it in blue and yellow on the Thursday before the big race.”

“The event will also give us the opportunity to speak to people about fire in the home safety and generally engage with people.”

The Tour de Yorkshire takes place on April 29 and with Beverley hosting the start of the event which runs for three days.

Some of the top names in cycling will be appearing in the race with Sir Bradley Wiggins confirming he will be taking time out from his Olympic preparations to race.

For some top tips on where to watch the race and whet to look out for at the Tour de Yorkshire in Beverley click here.