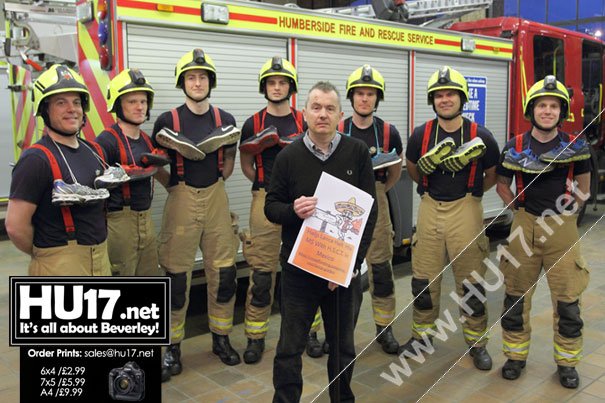 A group Beverley firefighters  are set to run the Beverley 10k as they look to help local man Lance Gordon raise money needed to pay for medical treatment.

Speaking to HU17.net about the chaps from Humberside Fire and Rescue Service and their plans to tackle the Beverley 10K Mr. Reed said;

“I asked the lads at station to join me in doing the 10k, and their response couldn’t have been more helpful. The problem was numbers, in terms of places we could secure.”

“With the Beverley 10k being full, I had to make contact with Jed Holden, the chairman at Beverley AC and get permission to join in the race. They were very helpful and allowed nine of us to take part.”

“We hope that the idea of fire kit is going to attract more attention on the day. If we can, we are trying to get a fire engine at the finish line on the day with people collecting coins with buckets.”

A sufferer of MS Mr. Gordon needs to raise £40,000 so that he can travel to Mexico for Stem Cell Treatment, which will hopefully help prevent his condition getting worse.

An ongoing campaign to raise the money needed, Mr. Reed says that they have other fund-raisers in mind though for now they remain focused on the completing the Beverley 10K.

Recent events to help Mr. Gordon achieve his target included the Beverley Buskers, who collected £763 by performing in the centre of the town.