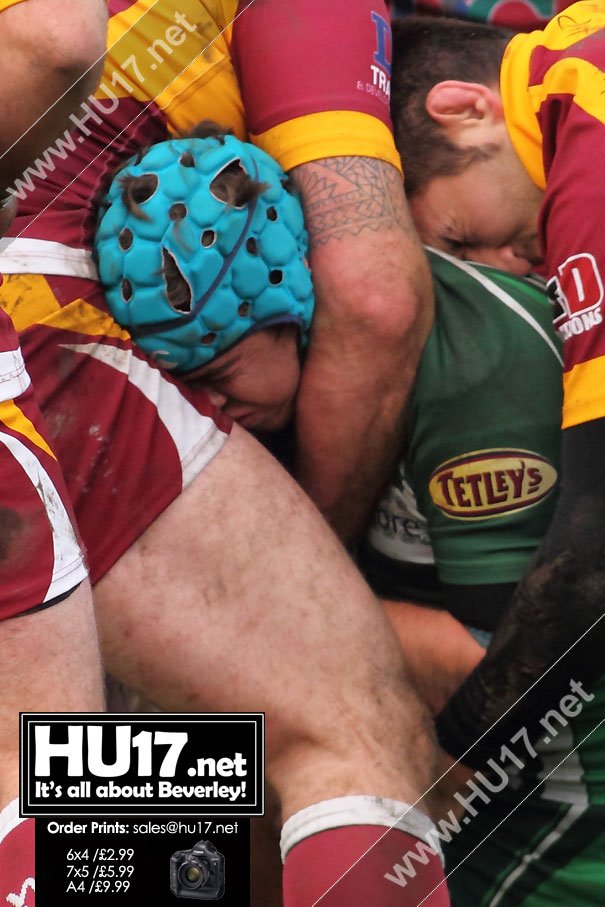 Beverley RUFC travelled the short distance to Doncaster on Saturday to take on Wheatley Hills, who are battling to avoid relegation, and what a performance they turned in.

Showing an abundance of changes once again from last Saturday, they fielded an entire three quarter line made up of youngsters from their colts. This enforced situation resulted in the most encouraging display of the season by some distance.

Wheatley Hills fielded a forward pack which probably outweighed the Beavers eight by at least a stone per man and, not surprisingly, they made it count. Not only were their forwards much bigger and heavier than Beverley’s they were also well drilled and very experienced.

It became apparent from the kick-off that Beverley were in for a torrid afternoon and play for the first 10 or 15 minutes was almost entirely in Beverley’s 22. Beverley were unable to get their hands on the ball, losing every line-out and, even when they manged to hook the ball in the scrum, they were unceremoniously pushed off it.

What they did manage to do, however, was tackle like demons and to see the fearlessness of the whole side was especially rewarding to the supporters.

Suddenly play moved up into the Wheatley Hills half and Luke Hazell fielded a high kick, cut through two or three tackles and put in substitute back Harry Parker for the opening try.(0-5). Shaken, Hills hit back almost immediately and scored a pushover try to level the scores. (5-5).

This was followed by another forward drive which was half stopped and when the ball came loose Andy Rowbotham kicked it away and the referee, probably correctly, awarded a penalty try and yellow carded the Beverley scrum-half (12-5).

On the stroke of half time, once more the Wheatley Hills pack steamrollered their way to the Beverley line where their flanker picked up and touched down for the third try which was converted (19-5).

The second half started following pretty much the same pattern as the first. Hills dominating the set pieces and Beverley tackling everything in sight except for the stand. Accordingly, Luke Hazell found a gap and tore through to touch down in the corner (19-10) and , once again the Wheatley support couldn’t believe it and were becoming increasingly frustrated at their team’s inability to break the Beverley defence more often despite their almost constant stream of possession.

Wheatley desperately needed the bonus point to help their fight against relegation and when they were awarded a penalty in front of the posts with 10 minutes to go and inexplicably chose to kick the goal rather than try for a pushover try, they became even more frustrated (22-10).

In the dying minutes of stoppage time the big Wheatley Hills no 8 powered out of a driving maul to touch down for a converted try (29-10) to give them the deserved bonus point.

As previously stated this was a tremendously encouraging performance from the whole Beverley team and, not wishing to take anything away from the forwards, special mention must go to Will Webster, Jack Garvin, Jockey Holmes, Luke Hazell and Harry Parker.

Everything about their game looked competent and, if we can hang on to some or all them for next season we should be well set to do well in Yorkshire 1.