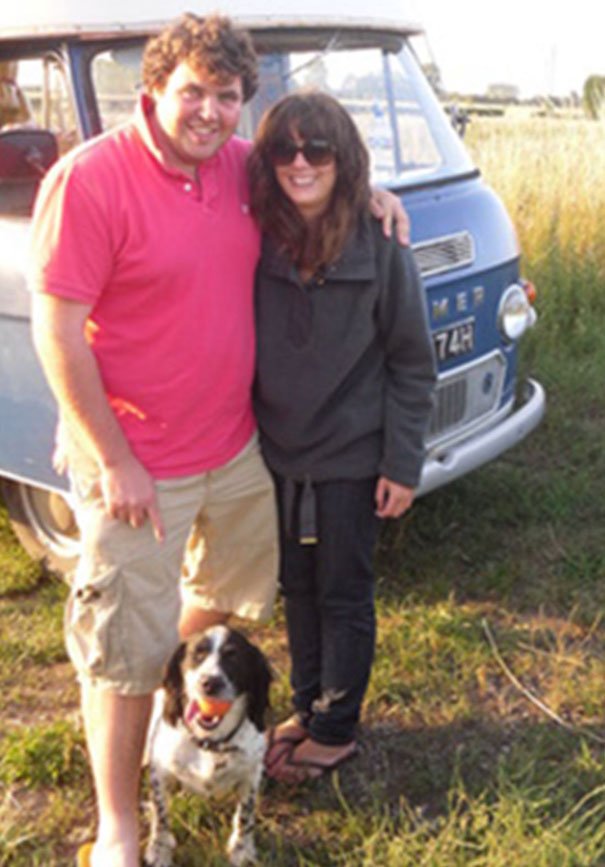 A young couple from Beverley in East Yorkshire have realised their dream and opened a caravan and campsite on their farm, Butt Farm in Beverley, East Yorkshire.

Oliver, who studied Agriculture at Harper Adams University, together with his partner Jen who read Business Studies at Nottingham Trent University took over the tenancy on the rundown farm in 2014, and were determined to transform the farm into a profitable business.  The farm is a traditional grass and arable farm set in 180 acres, and is home to a herd of suckler cows and calves.

Keen campers themselves, the couple recognised there was a need in Beverley for a caravan and campsite. They saw an opportunity to generate additional income on the farm, as well as helping to boost tourism in Beverley and beyond.

Planning permission was eventually granted in 2015 and work started on the disused farm buildings to convert them into a modern shower and toilet block. A new road was built to allow for access to the campsite, as well as hard standings for the caravans and tents. After 8 months of hard work, with the help of family and friends – Oly and Jen welcomed their first guests to the site at Easter this year.

The couple have designed the site with a rustic feel, in keeping with the surroundings of the open East Yorkshire countryside. They have ensured the site has everything a modern day camper requires – including a utility room & dog shower!

Shower and toilet blocks are heated by a renewable biomass boiler. The old farm grain silo has even been adapted into an area with recycling facilities. They hope to extend the site in the next few years, and offer glamping accommodation.

Just 2 miles from the centre of the historic market town of Beverley, and ideally located for exploring the East Yorkshire Coast, the Yorkshire Wolds, York and Hull.

A public footpath runs through the farm which links up to the popular Beverley 20 & Beaver Trail walks. Oly and Jen hope to also attract caravan and campers visiting Hull during the city of culture 2017.

The site has 30 pitches including 12 hard standings and 6 electric hook ups, and welcomes caravans, tents & motorhomes.