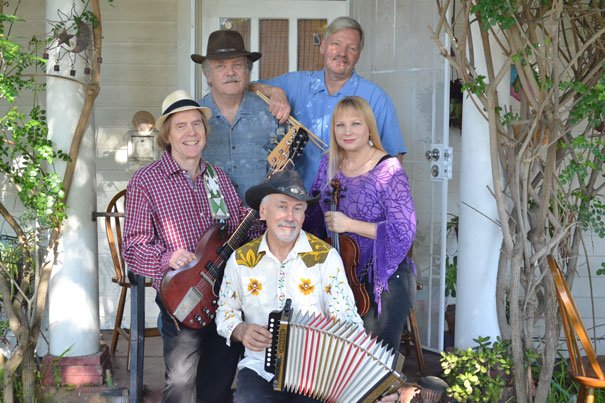 With three bands from the USA and another half dozen home-grown exponents of Americana, it looks like ‘The Westwood Stage’ will be arriving in force at Beverley Folk Festival this year.

Now well-stablished at the town’s Racecourse, on the magnificent pastureland of Beverley Westwood, the 33rd annual folk festival is acknowledged as the biggest musical event in the East Riding of Yorkshire.

“We’ve already got a reputation for featuring Americana,” explained Festival Chairman, Geoff Sargieson,
“and this year we’ve decided to boost this aspect of the festival still further.”

“Americana is a contemporary musical form that’s fast growing in popularity in this country,” he continued, “Incorporating as it does elements of various American roots music styles, including folk, country, roots-rock, bluegrass, R&B and blues.”

“It fits in well with the broad sweep of traditional and contemporary folk music that remains the core output of the festival.”

The Americana invasion will be launched with a late night concert on the first night of the festival (Friday June 17th) when festival-goers will be invited to ‘Bop in the Big Top’ with Billy Lee and the Swamp Critters, straight from the Bayou Country of Louisiana and South-East Texas.

Featuring Cajun Fiddle, Zydeco Accordion and Louisiana Rubboard, Bill Lee and his band come together to bring you some foot-stompin’ crawfish boogie.

And that’s just for starters. Saturday evening (June 18th) in ‘The Big Top’ features Flats and Sharps, five young musicians from Cornwall who combine Bluegrass, Folk and Country music with the experience of 300 live performances behind them

Another late-nighter, in the Big Top on Saturday, features the hottest Anglo-American dance show on the scene with the 10-strong Buffalo Gals Stampede combining the talents of a team of Appalachian dancers and the Buffalo Gals Old Time Country String Band.

Sunday’s the big day for Americana however, (June 19th) with the entire afternoon on the Main Stage given over to our country cousins and their UK counterparts, kicking off at 1pm with the Goat Roper Rodeo Band from North Wales.

Also featured is songstress Chloe Chadwick, with a contemporary blend of British folk and “roots”
Americana, and local acts – singer/songwriters Carrie Martin, from Hull, and Dan Webster from York, plus another set from Flats and Sharps.

Topping the bill on this Sunday afternoon spectacular are another American act, Wild Ponies, while The Roamin’ Jasmine, forged out of the lively street music scene in the French Quarter of New Orleans will be offering up ‘Lunchtime Jazz n Blues’ in The Attractions Room of the racecourse.

The “Spring Special” Full Weekend deal is currently available on the website until 5th April.
Priced at £105, a saving of £10 on the full price, with Concession and Family deals also available plus add on camping option.

Full Day and Half Day tickets plus Main Stage Evening Concert tickets are also available to purchase.
Festival FREE for the under 12’s!

For full details and to book tickets visit www.beverleyfestival.com