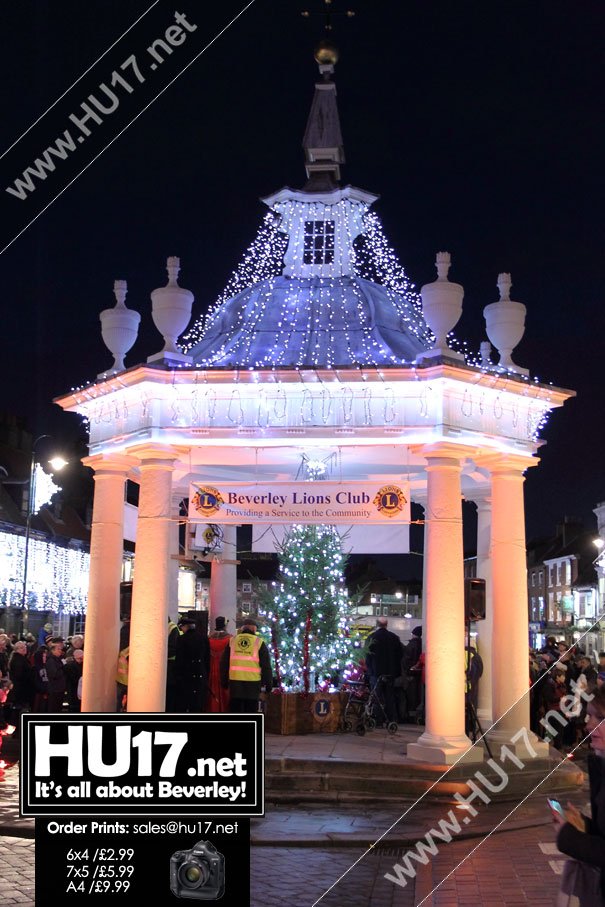 Beverley Town Council has decided to withdraw their support for the annual Christmas Lights Switch on event.

Councillor Tom Astell commenting on the decision from the council said;

“For the past five years, Beverley Town Council has allowed the Beverley Chamber of Trade to utilise our license and insurance which they paid for so they can stage the Christmas Lights Switch on event.”

“As it stands Beverley Town Council has chosen not financially back the event and therefore, will not be staging an event like previous years. This will instead be replaced by a single switch on at the Market Cross.”

News that Beverley will not have a Christmas lights switch on event will not be welcomed by those who trade in the central town.

Over the past few years as the event has evolved with thousands of people been drawn into the town centre for the day.

As an event, it is widely regarded by many traders in the town as the official start to Christmas trading in Beverley.

However, due to the poor weather, the numbers that attended fell drastically.

“Beverley Town Council has a good track record for delivering big events in the Town and for many years have been organising and hosting the highly successful Beverley Food Festival.”

Before Beverley had a dedicated event for the Christmas lights switch on it was down to the Beverley Lions who on a Saturday afternoon would organise a parade and engage with local schools.

This all changed when it was announced that North Bar was to be illuminated a scheme spearheaded by John Bird, the founder of the Festival of Christmas.

Since then, The Beverley Chamber of Trade have got involved slowly building up a key event of Beverley the event calendar as they looked to embrace the spirit of Christmas.

Further meetings are due to take place to discuss the matter though it is unlikely the decision will or indeed can be reversed by Beverley Town Council.