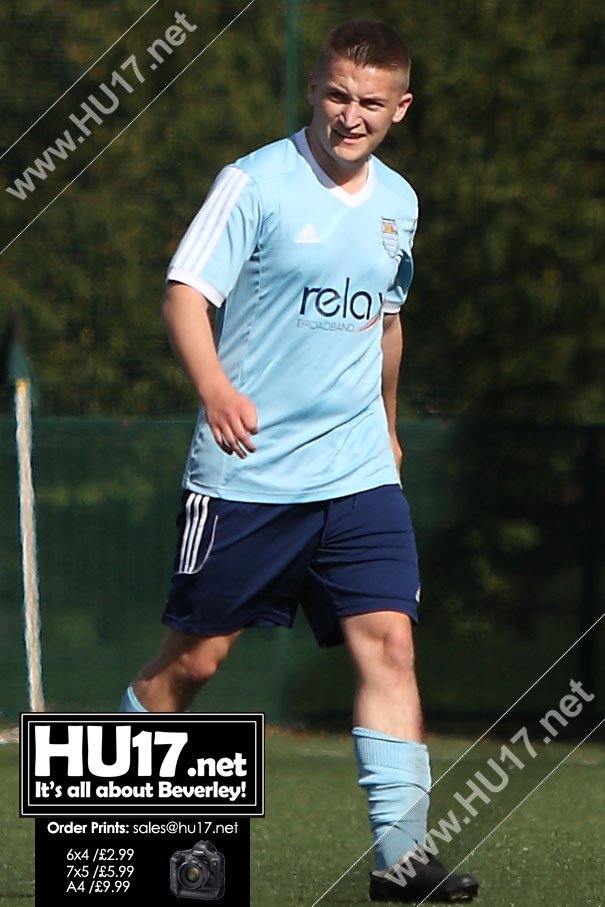 Bridlington Town Reserves have opened up a five point lead at the top of the East Riding County League after they beat Beverley Town Reserves.

Bridlington beat Beverley 4-1 as Josh Barnes, Christopher Eyre, Louis Gregory and Louis Rafter all finding the back of the net with Stew Scott scoring for Beverley.

Despite having the majority of the possession in the first half, Beverley trailed at the break after a blocked cross fell kindly for a Bridlington forward to hammer home.

In the second half, Bridlington got on top when they doubled their lead from a corner. They went 3-0 when they scored what appeared to be an offside goal.

Beverley reduced the arrears when Scott cut into the box and fired into the bottom corner.

However, Bridlington who look odds on to win the title made sure there was no comeback when they scored their fourth, again from a corner.

Beverley return to action this Saturday as they host the bottom side, North Cave at Longcroft School in a match they really should win.

North Cave are not having the best of campaigns registering just one point from their twelve games this season.