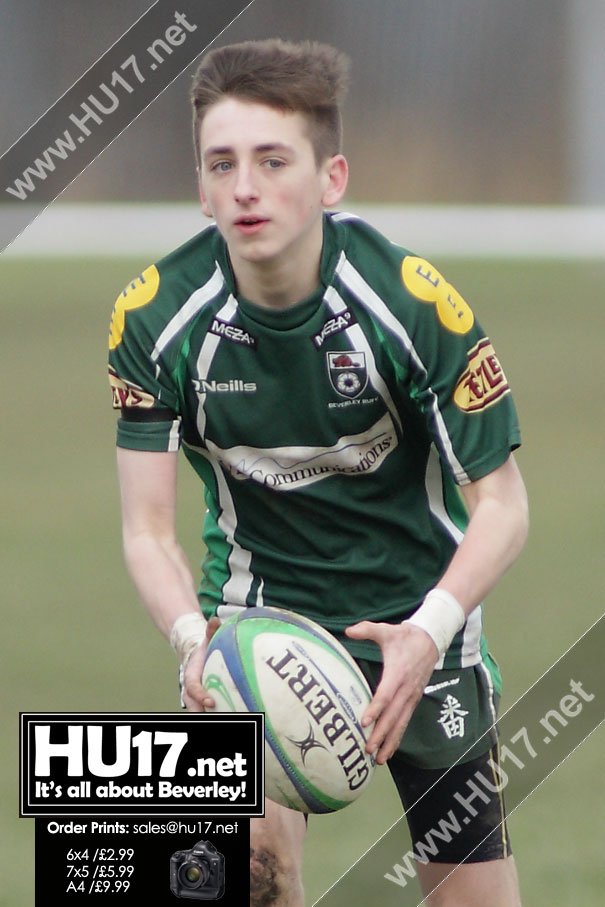 Beverley RUFC Colts will be looking to bounce back from last weekend’s defeat as they host Middlesbrough in the Yorkshire Cup.

“We need to sow determination and a never give up attitude this weekend if we are to cause an upset.”

“Confidence is high in the dressing room and we all know we can do it as we’ve done it this season already, it just comes down to belief.”

For the Colts losing a rare, however on Sunday they were turned over in the league in their own back yard by York. Their coach Phil Rann was visibly disappointed as he trudged across the pitch to shake hands at the end of the came with York’s coach.

Commenting on how the side coped with losing at home, Franklin said;

“The mood is good and we are ready to bounce back after a disappointing performance last week.”

“We’ve had two training sessions this week and we are looking forward to a big challenge.”

The Colts booked their place in the quarter final of Yorkshire Cup by thrashing Rotherham in the previous round 50-0 though Sunday’s opponents will be a different prospect all together.

Playing in a league above Beverley, Franklin says they are expecting a physical contest as they have a big pack.

Beverley will be boosted by the return of Ben Smith for this crucial match which Franklin says will be a massive boost to the team. Jack Garvin however will miss the match due to other commitments.

“I hope we can get plenty of support down at the club, this is a massive match for the team so loud touch line would give all of their players a real lift.”

Kick off for the game between Beverley RUFC Colts and Middlesbrough is on Sunday at noon.