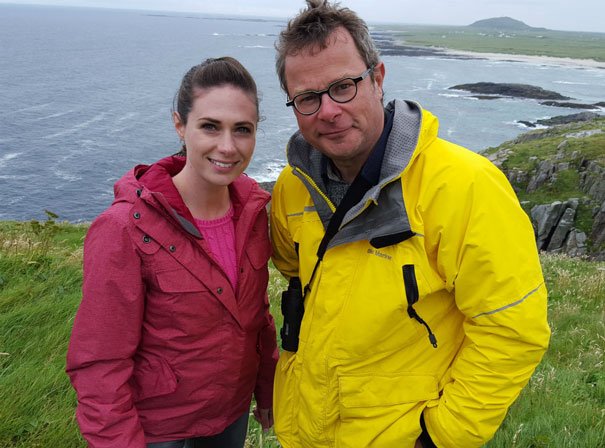 Finally winter has arrived in the UK and along with it the much loved BBC Two series Winterwatch.

This year the fact filled and informative wildlife series is being broadcast live from the National Trust for Scotland’s Mar Lodge deep in the Scottish Highlands, one of the coldest places in the UK.

Winterwatch is presented by Chris Packham, Michaela Strachan and Martin Hughes-Games and captures the wonderful world of winter wildlife using a mix of remote cameras, live expeditions and scientific revelations.

Lindsey grew up in rural East Yorkshire where she developed a love of the countryside and the sea, as well as getting to know first-hand all about the local wildlife.

She discovered she had a passion for drama whilst at Beverley High School and went on to study Theatre and Acting at Birmingham University and Drama School before touring in various theatre productions around the country.

Her breakthrough came in 2014 when she produced and presented her own outdoor adventure TV pilot for BBC CBeebies, shortly after which she was offered the role of Roving Reporter on the nationally acclaimed BBC Springwatch series.

Since the transition into television and radio Lindsey has gone on to present with Sky Sports Netball, BBC Songs of Praise, BBC Radio 5 live, BBC Springwatch Extra and this summer she fronted the hit BBC One show Big Blue UK with co-presenter Hugh Fearnley-Whittingstall.

“I love coming home.” says Lindsey “There’s just so much to see and do. Taking a bracing walk to watch the puffins and gannets at Bempton Cliffs, spotting seals off Spurn Point or just walking through the fields near Beverley, it’s a beautiful part of the world.”

With guest interviews, viewers’ stories and plenty of photos and videos it is aimed at getting people outdoors to enjoy the winter themselves.